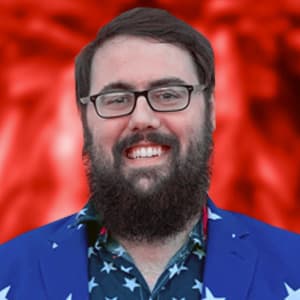 A Deep Dive into Burning Wish

Today, we’re going to deviate a bit from our normal overview article format, and instead do a deep dive into something I’ve been wishing to write about for a while. The desire to share this has simply been…burning within me..

I think you can see where I’m going with this.

We are going to talk about the greatest card in our deck, the one that sets our deck apart from all of the lesser decks in the format, Burning Wish.

This card does an insane amount of heavy lifting in The EPIC Storm (TES). It lets us keep the majority of our win conditions in the sideboard, so we can switch our game plan rapidly if we run into a roadblock; storing multiple win conditions in the sideboard also synergizes very well with our best main deck Storm enabler, Ad Nauseam. Most TES lists run only a single four CMC card in their main deck, Empty the Warrens. This gives us a very high chance of being able to win with Ad Nauseam, even from a low life total. Burning Wish further gives us an answer to game-one anti-storm haymakers. It grabs solution-oriented cards that answer permanent-based hate. It tutors for win conditions, storm engine cards, and protection spells, all for two mana. Burning Wish is a powerhouse toolbox card that allows us a level of dexterity most other decks only dream of. It’s so good, playing it almost feels like cheating. However, there’s one caveat; it’s only as good as the sideboard we build for it. What sideboard cards then, do we put in to best utilize it?

Foremost amongst our sideboard inventory are what I like to call our Storm Engine cards. I affectionately call them the “win enablers” of our deck, meaning that, while these cards don’t technically win, they’re definitely the vehicles that get us there. In my opinion, there are two cards in this category that are going to be auto-includes for the foreseeable future: Past in Flames and Dark Petition.

While TES players take pride in the fact that we are more resilient to graveyard hate than Ad Nauseam Tendrils (ANT) players, it takes us more setup to take advantage of Past in Flames. A big reason is due to the fact that Past in Flames doesn’t synergize well with our favorite card, Burning Wish. Burning Wish can grab Past in Flames, but you need to make sure that you account for the fact that your Burning Wish exiles after you cast it. I’ve witnessed more players than I can count go for a Past in Flames line thinking that they could use their exiled Burning Wish, and instead of finding a win condition in their sideboard, they find a game loss. Nevertheless, Past in Flames gives us an insane amount of card advantage, and it’s only getting better as we see more blue decks loaded with card draw and countermagic flooding the meta.

An honorable mention in our list of Storm Engine cards that I feel like I have to bring up is the flashy yet disappointing Diminishing Returns. On the surface, this card looks insane, but it has always been a letdown for me. Admittedly, most of my experience casting this card was in my Goblin Charbelcher glory days; but even then it feels bad refueling your opponent’s hand and not guaranteeing a win. This card hasn’t seen nearly as much play since Dark Petition was printed, but I could see an argument for wanting to try it again.

While there are many different types of Protection Spells in Magic the Gathering, The EPIC Storm has decided that the best defense is a good offense. Thus, the deck is loaded with a suite of discard spells. The main choices for this suite are the old classics Thoughtseize, Duress, and Cabal Therapy. While our main deck typically runs seven or eight discard spells, in some counterspell heavy metagames it might be worth slotting a discard spell into our sideboard. I think that if you wanted to have a discard spell in the sideboard you would probably just want to be playing seven in the main deck, but if you did choose to put one in the sideboard it should be a Duress. You will want all four copies of Thoughtseize in your main deck so that you can make the enemy discard those early creature threats. There might be an argument for having a Cabal Therapy in the sideboard if you are on a heavy Empty the Warrens sideboard plan because of the amazing synergy that creatures have with Cabal Therapy, but keep in mind that Cabal Therapy took a huge hit with the Gitaxian Probe banning, so it could cost you the game if you name the wrong spell.

There are many scenarios where you will be trying to bait countermagic with a Burning Wish against blue decks, and in the scenarios where the bait doesn’t work, it is great to punish your opponent by grabbing a discard spell. You want to always keep your opponents guessing, as the mind games are half the fun of the deck!

The Solution-oriented cards are what I like to think of as our anti-anti-storm bombs. These are generally very beefy high CMC sorceries that devastate an opponent’s board state, usually by wiping out a specific type of permanent-based anti-storm hate. These spells are usually extremely narrow but can get you out of some nasty situations that would usually be unwinnable, especially in game one. The power of The EPIC Storm comes from its speed, so often we look to play under hateful permanents, but sometimes on the draw or with a slower hand, we can’t get around it. Then the question becomes, what we are trying to avoid losing to in game one? Our most common game one losses in the current metagame come from Chalice of the Void, Trinisphere, Thalia, Guardian of Thraben, Gaddock Teeg, and Counterbalance. The good news is there are sorcery speed answers to each of these problematic cards! The hard part is figuring out what you can justify fitting into your sideboard. As a rule, I try to have no more than six or seven dedicated Burning Wish targets in my sideboard. Once you subtract Empty the Warrens, Past in Flames, Tendrils of Agony, and Dark Petition you are left with two or three slots to dedicate to Solution-Oriented cards. With the exception of Grapeshot, (which can clear a board of creatures and double as a win condition), you don’t want to sideboard in these Solution-Oriented cards because Burning Wish essentially gives us four copies of these cards, and it would hurt our Ad Nauseam if we had a bunch of four to six CMC cards in our deck.

While I am not aiming to name every single option, I’ve broken down some of the best choices by category below: (For a more detailed explanation of each card, check out The EPIC Storm’s Card Choices page):

When we think about winning with The EPIC Storm, two scenarios generally come up; casting a lethal Tendrils of Agony or making an overwhelming amount of Goblin Tokens. While those are the primary ways to win, The EPIC Storm has some other sorcery-based ways that it can win. The most common tertiary win condition is Grapeshot. While it is often times very overwhelming to figure out a way to get to twenty storm, this card can double up as a way to clear the opponent’s board of creatures. The card’s low CMC also makes it pretty easy to cast, as you only need four mana to Burning Wish for it and cast it. In the current metagame, the best Delver deck is Death’s Shadow, which is a deck that uses its life total as a resource. Grapeshot is great for punishing that deck, and I have won many games off the back of a Grapeshot for three or four.

In metagames filled with Sneak & Show, Reanimator, Lands, and Storm you can leverage the power of Telemin Performance. For decks with no creatures, you just cast it and win! In a deck like Sneak & Show and Reanimator, you get a big creature, which is usually enough to end the game. Against Storm and Lands, I view Telemin Performance as a one trick pony because usually after dying to it once, our Lands opponent will bring in Tireless Tracker, and our Storm opponent will bring in Dark Confidant or Xantid Swarm depending on their build. I once had a Storm player bring in Phage the Untouchable, and after dying to that, I have never been the same…

Another card that can act as a win condition in a reanimator-heavy metagame is Reanimate. With Reanimator decks still being primarily B/R, this isn’t the best strategy because, in most scenarios, the Reanimator player is able to reanimate their creature on the turn it entered the graveyard. I view this as a one trick pony as well, because once the Reanimator player has knowledge that Reanimate is in your sideboard, they can easily play around it.

Except for a single (sometimes two) , our win conditions are generally tucked safely away in our sideboard, but there are times where we might want to Sideboard in our win conditions, like Tendrils of Agony or Grapeshot. This is commonly done against decks where you are worried about Surgical Extraction. If the opponent casts Surgical Extraction on our Burning Wish, we lose access to our entire sideboard. Burning Wish inherently plays around Surgical Extraction by exiling itself if it resolves, but if the opponent counters it or if it gets discarded (even to our Lion’s Eye Diamond), they can punish us very hard.

I would like to emphasize that this is nowhere near a comprehensive guide to Burning Wish and the many things you can do with a sideboard, but I believe that the above will help you figure out some of the nuances with Sideboard card choices. Ultimately you should craft your Sideboard to fit your unique playstyle, and your local meta, so explore! As you grow and develop with the deck, remember the raw power of Burning Wish. It is single-handedly responsible for some of the most intricate and insane lines of play that I’ve ever seen in this game. As always, keep storming on!

Like many others, Josh started playing Magic: The Gathering in middle school, where he learned to base his self-worth on how many dragons he owned. These dragons ended up coming in handy 15 years later when he got back into Magic and started playing EDH. After playing it for about six months, Josh heard rumors about a format with decks that could win on turn one. Since then, Josh has focused completely on Legacy.