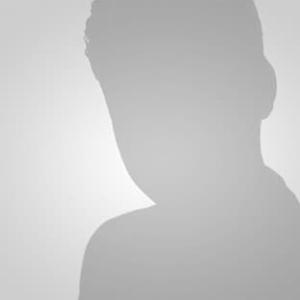 Alex McKinley is a guest writer on theepicstorm.com

With the advent of playing green and Abrupt Decay returning to be the standard, let us take a look at a different take of the mana base for Green TES: A change of the green dual, Taiga and a shift in fetch lands to help accommodate it.

I started to think about which dual would be best. In the past, the accepted dual has been Bayou. In his Card Choices section, Bryant states:

Bayou – The best land for the green splash, this is because when paired with Volcanic Island it provides all four of the colors the EPIC Storm requires. Bayou also provides a green mana on the first turn to cast Xantid Swarm (in post-board games), it then provides a combo color mana on turn two. If unable to combo, providing black mana allows you to be able to disrupt the opponent’s game plan with hand disruption. These reasons are why Bayou is selected over Tropical Island or Taiga.

Let’s break this down a little bit.

The first point that Bryant makes is that Bayou and Volcanic Island produce all 4 colors that we need. However, Bayou and Volcanic Island do not produce Black and Green mana at the same time and thus cannot cast Abrupt Decay, which is the primary that green is included in TES at this point in time. This means that a Lotus Petal, Chrome Mox or a third land is likely required in order to go off if we need to cast Abrupt Decay and a red spell, pushing the combo turn later. This seems to run counter to one of the primary strategies of TES in matchups where Abrupt Decay is important, such as Chalice of the Void decks. Looking at Bryant’s data, 68% of the time, the combo turn is before turn 3, where easily casting a red spell and Abrupt Decay is possible.

The second point that Bryant lists in his rationale of choosing Bayou is how it interacts with a turn one Xantid Swarm. Turn one Xantid Swarm off of a Bayou allows for a turn two discard spell if necessary or provides a combo color. Turn one Xantid Swarm off Taiga is not as good, given that it cannot provide a utility color on turn two, only a combo color. However, most of the time, a discard spell will not be needed to take a counter spell because of Xantid Swarm. In most cases, that discard spell will be aiming to take an answer to Xantid Swarm or a card such as Counterbalance or Ethersworn Canonist. These are the cards that Abrupt Decay is brought in to deal with, so answering these should not be impossible. Part of the rationale of playing Abrupt Decay is an assumption that there will be two lands in play. On turn two, there is a 56% chance of having two lands (63% on the draw), thus it is more likely than not to have a second land. While playing a Taiga, that second land in a best-case scenario will be an Underground Sea, the best land in the deck. With a turn two Underground Sea, a discard spell, a cantrip or Abrupt Decay can be cast while also guaranteeing access to red mana on the next turn. Not being able to cast Xantid Swarm and a utility spell off of the same land is a problem easily solved by having the second land pair land be Underground Sea.

Bryant’s third and final point in choosing Bayou is that it can cast disruptive spells. This is the most important benefit for playing Bayou. Tropical Island can cast blue spells and dig and Taiga can do neither. Being able to cast disruptive spells is very important to be able to take a Chalice of the Void or a sphere effect before it comes down, and this is likely the reason that Bayou has been the preferred land. However, as mentioned earlier, it can’t do everything, such as casting Abrupt Decay on end step and then untapping into guaranteed black and red mana. Let’s take a look at the other options, comparing them on some of the parameters previously talked about:

The interesting entry into the table is the Taiga. Though it doesn’t have any utility outside of casting Abrupt Decay, it fixes mana the best, being able to cast Abrupt Decay and casting red and black spells of off just the two lands. Its pair land, Underground Sea might be the best land in the deck, which helps make up for the lost utility of Taiga. Imagine that because of this Taiga is chosen to be better than Bayou . This requires the fetch lands to shift to want to be able to fetch red more often and blue less often, due to Taiga coming in and basic Island coming out in some matchups.

What Does It Not Fetch?

Looking at this, 3 Polluted Delta, 3 Bloodstained Mire and 2 Scalding Tarn is optimal if Taiga is in the sideboard. This gives 6 black fetches, 5 blue fetches and 5 red fetches, allowing for almost equal access to basic Island, basic Swamp and Taiga.

In my testing with a Taiga against Lands and Miracles, two matchups where Abrupt Decay can be vital, I have never looked at Taiga and wanted it to be a Bayou . I believe that Taiga could be better than Bayou and should be something to try!

Guest writer for theepicstorm.com. If you have interest in being a guest writer, please contact Bryant Cook.