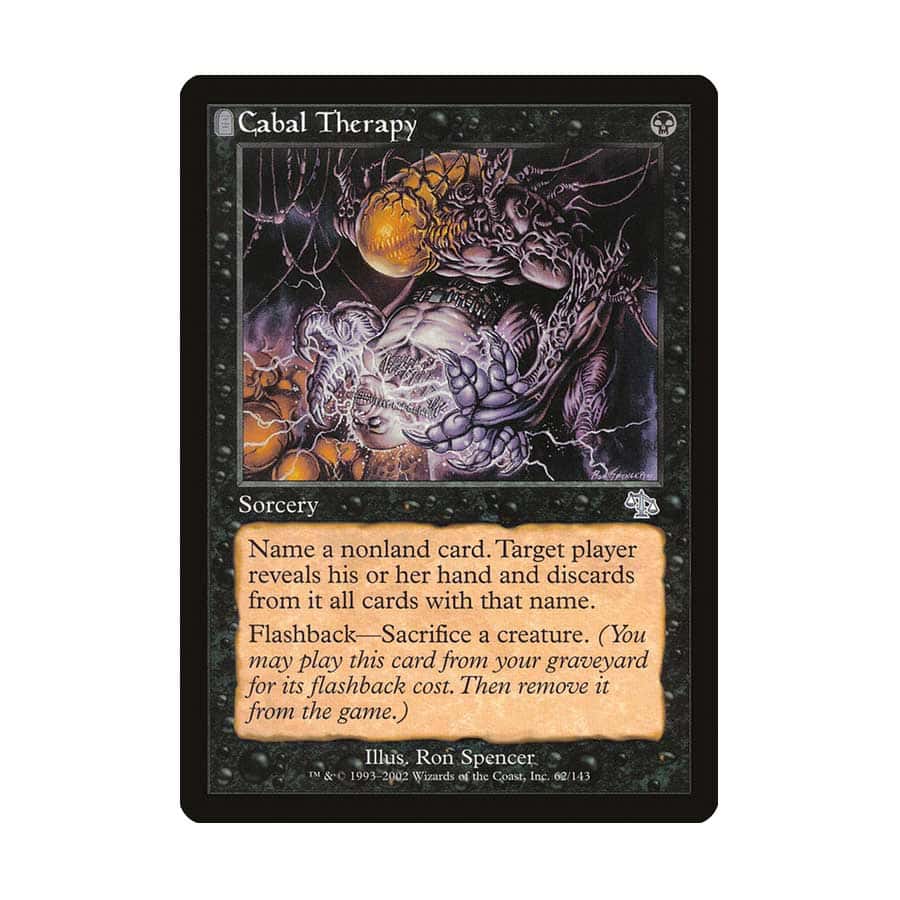 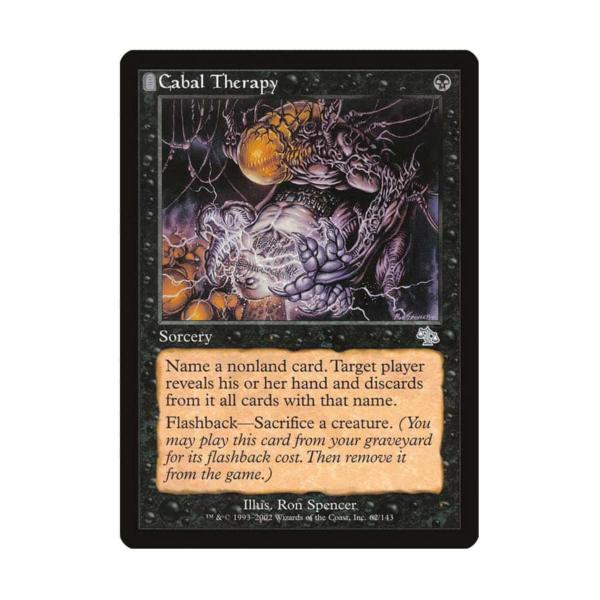 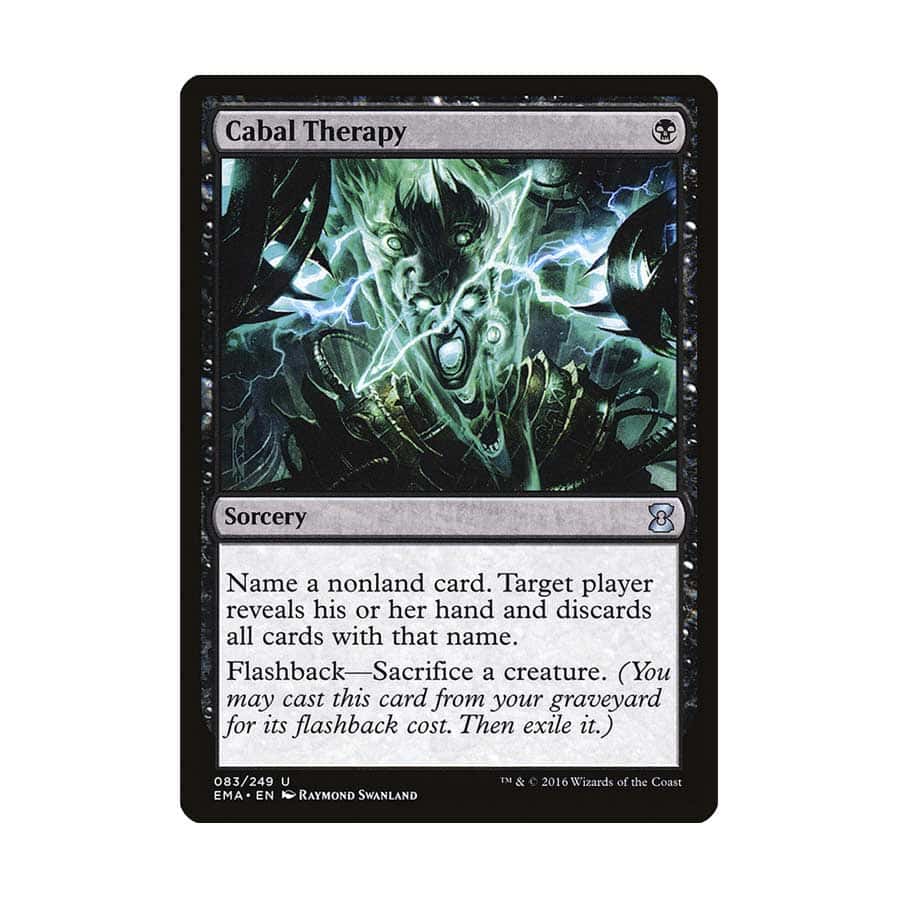 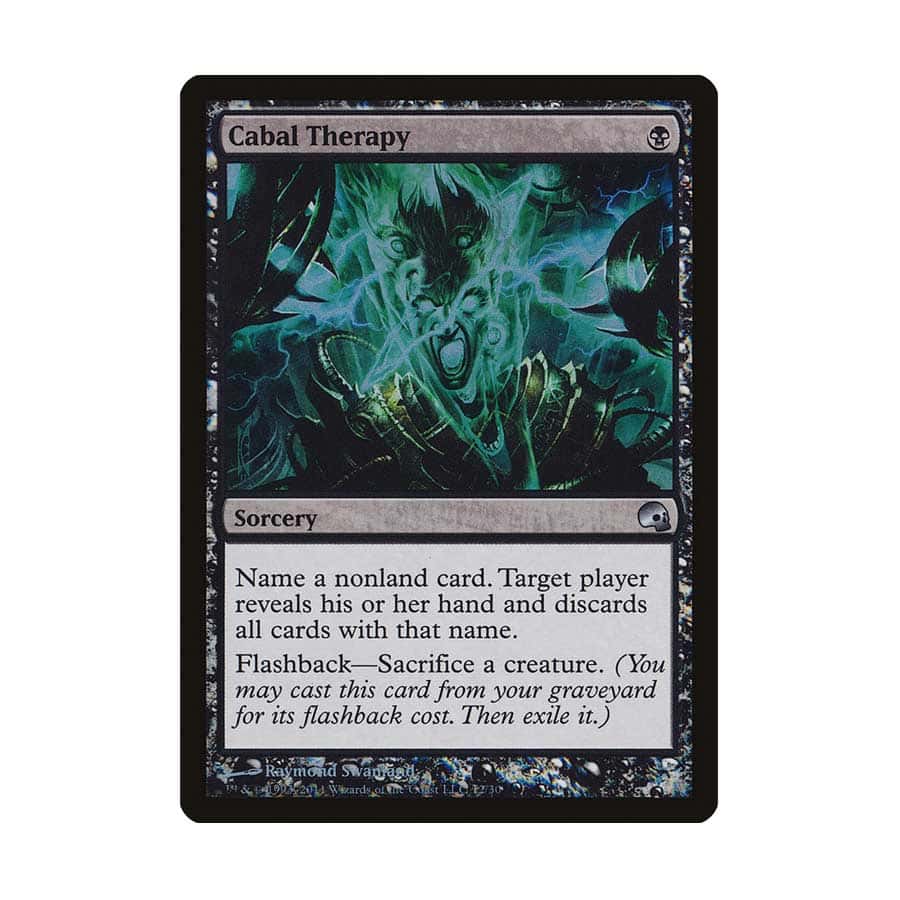 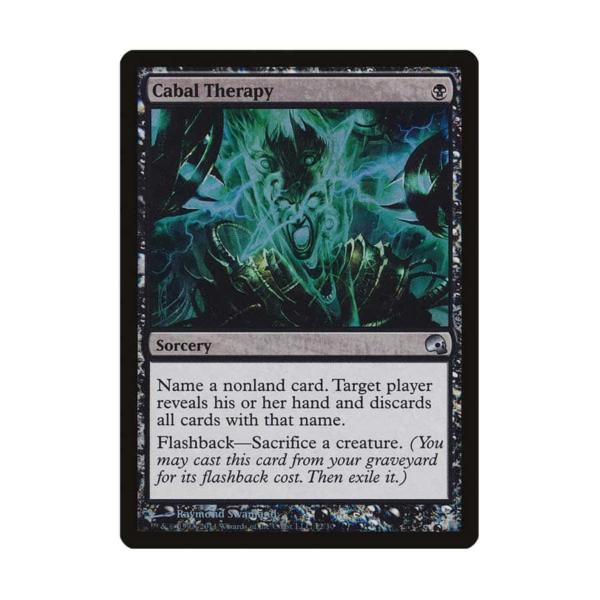 Mana Cost: B
Converted Mana Cost: 1
Types: Sorcery
Card Text: Choose a nonland card name. Target player reveals their hand and discards all cards with that name. Flashback—Sacrifice a creature. (You may cast this card from your graveyard for its flashback cost. Then exile it.)

I’ve been wrong before and I was wrong again on Cabal Therapy post-Gitaxian Probe banning. That said, it could be that the format has stabilized a bit but in my most recent testing Cabal Therapy has over-performed quite a bit, it gives The EPIC Storm quite a power boost against “fair” decks in the format such as Death & Taxes, Maverick, Stoneblade, Miracles, Grixis Delver, and plenty of others. When I say that it feels more “powerful”, I’m mostly talking about the synergy with Empty the Warrens but I’m also referring to the ability to disrupt control players when they feel safe with two copies of Force of Will in hand.

Where I think Cabal Therapy is lacking is really against any deck that is either trying to lock you out of the game or kill you on turns one or two as you can’t afford to guess and be wrong. The exception to this is the Thalia, Guardian of Thraben decks as the drop-off to the next closest powerful creature against Storm combo is fairly low.