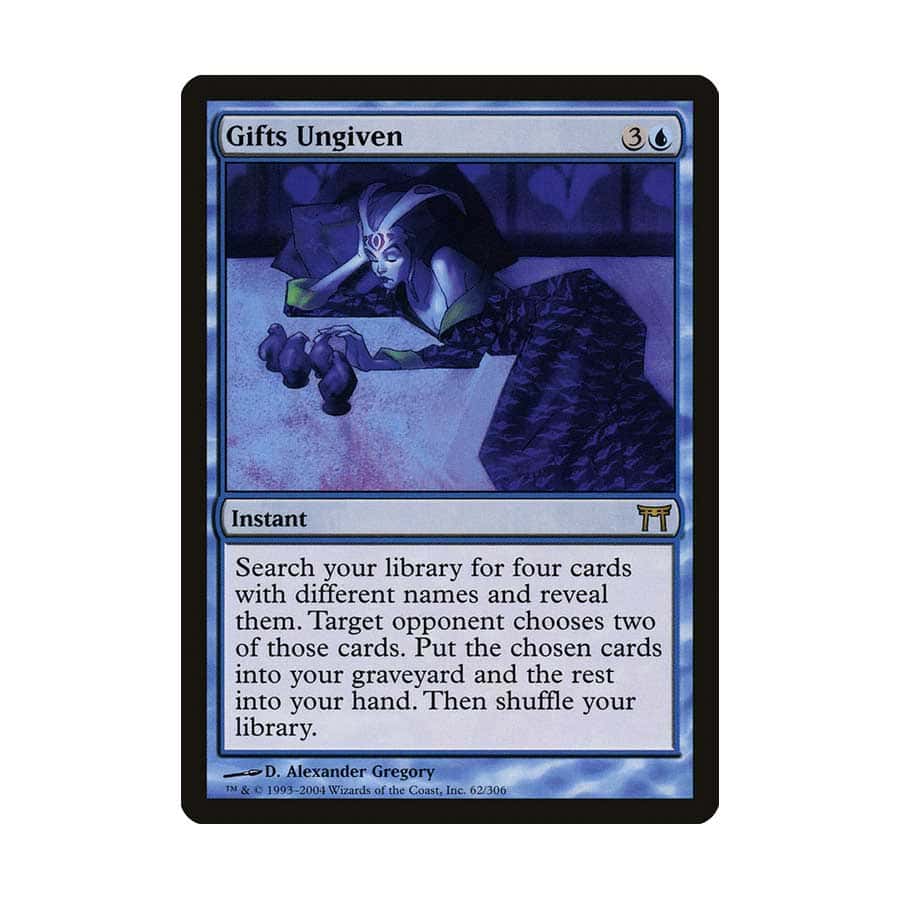 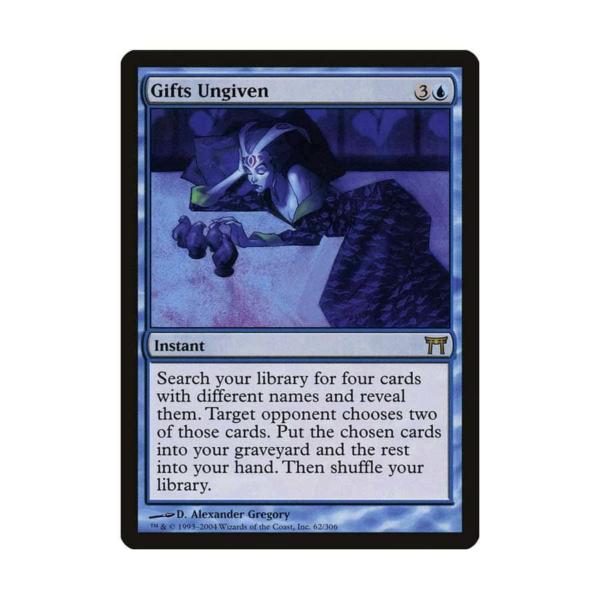 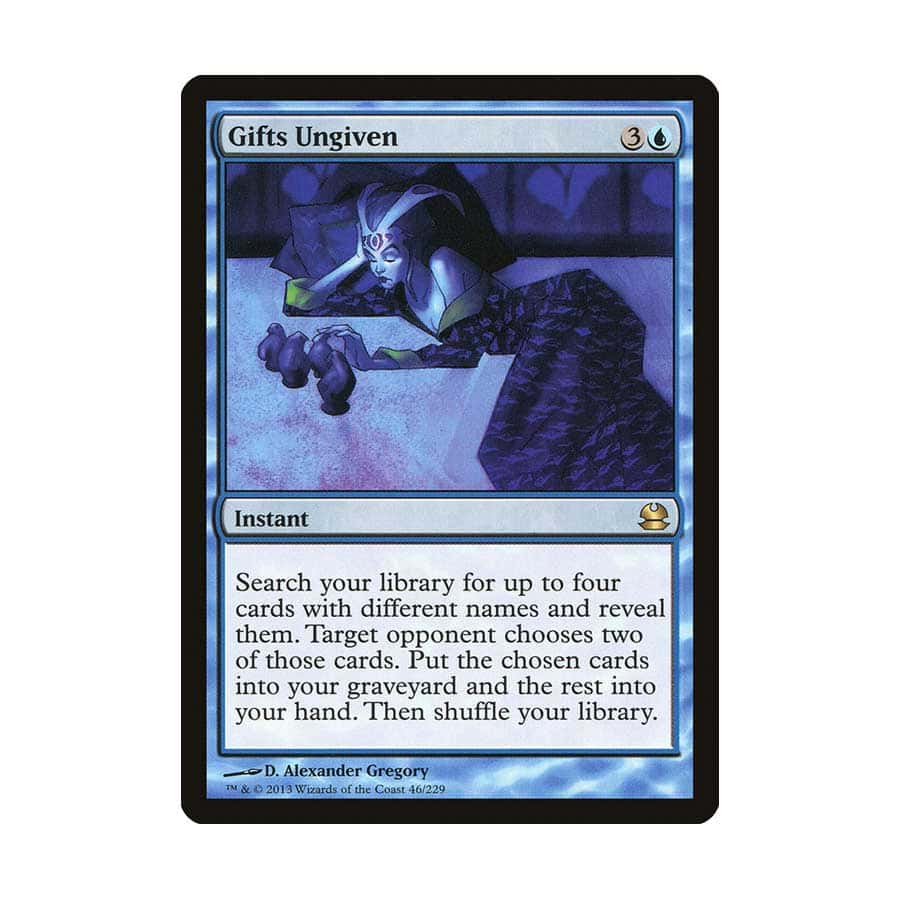 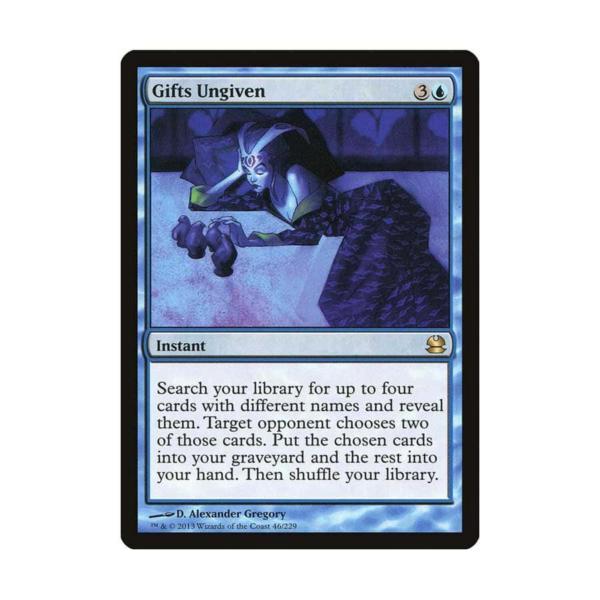 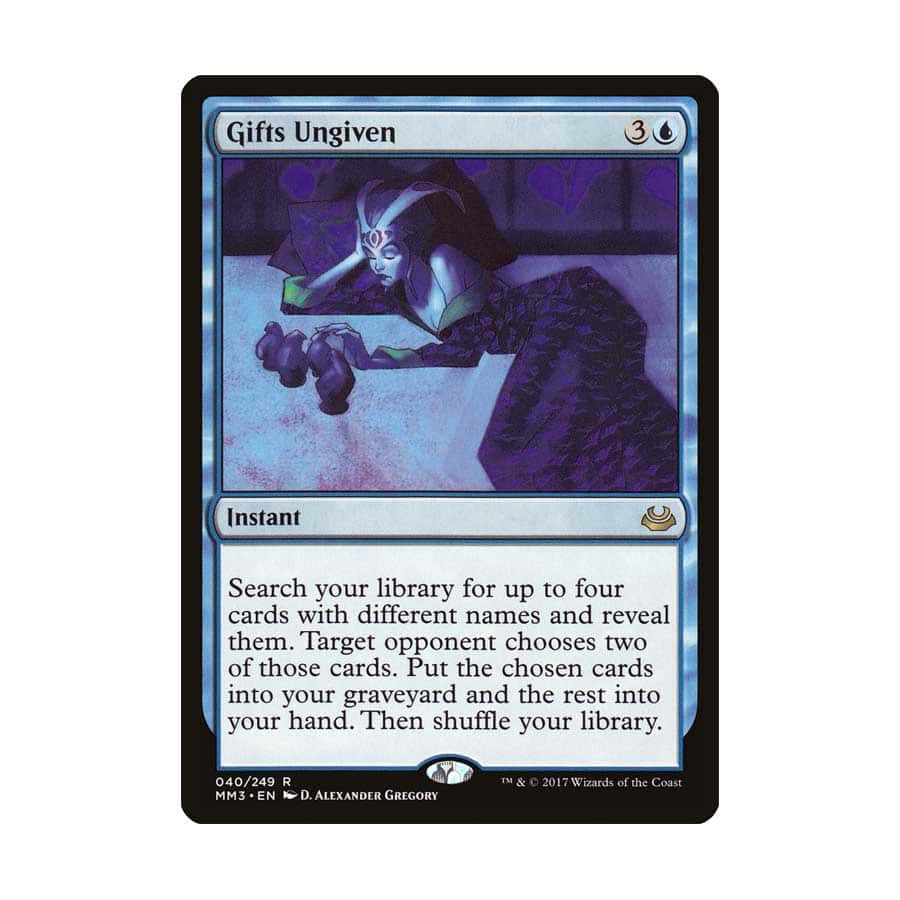 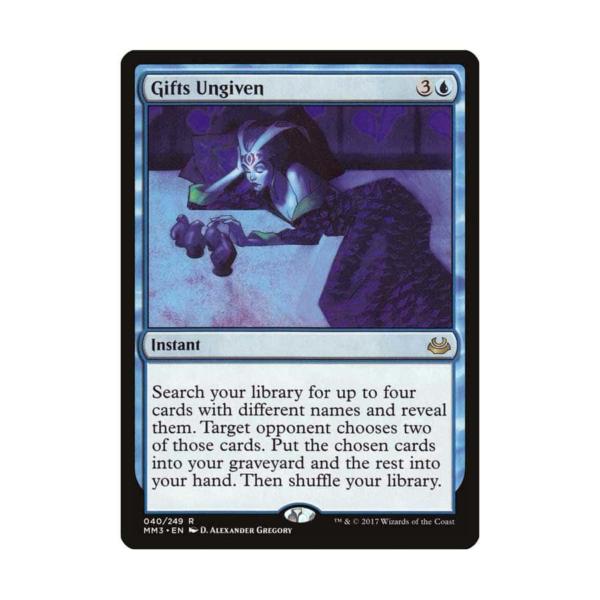 Mana Cost: 3U
Converted Mana Cost: 4
Types: Instant
Card Text: Search your library for up to four cards with different names and reveal them. Target opponent chooses two of those cards. Put the chosen cards into your graveyard and the rest into your hand. Then shuffle your library.

The real reason UR Storm is playable! When you cast Gifts Ungiven with an enabler in play with three mana floating you have a deterministic kill. The first step is to find Pyretic Ritual, Desperate Ritual, Manamorphose, and then Past in Flames. From here it doesn’t matter where the opponent puts the cards. If they give you any combination of cards, you have enough mana to cast Past in Flames from either your graveyard or your hand. Now, you recast all of your “ritual effects” and then Gifts Ungiven again. Now you find Grapeshot, Pyretic Ritual, Desperate Ritual, and then the last card is either Past in Flames or Manamorphose (this depends on where they put the first copy of Past in Flames). Now you can go through the same process, but ending with Grapeshot. Now that you know how the card works with the deck and why it’s great, let’s talk about circumstances where Past in Flames isn’t desirable. Typically it’s against decks with a lot of graveyard hate, mainly Leyline of the Void. Against these decks I either side out all of my Gifts Ungiven or just leave two, replacing the main engine with Pieces of the Puzzle. The other common occurrence of Gifts Ungiven being a bit weak is when your opponent can’t be the target of spells or abilities, typically from Leyline of Sanctity or Witchbane Orb.