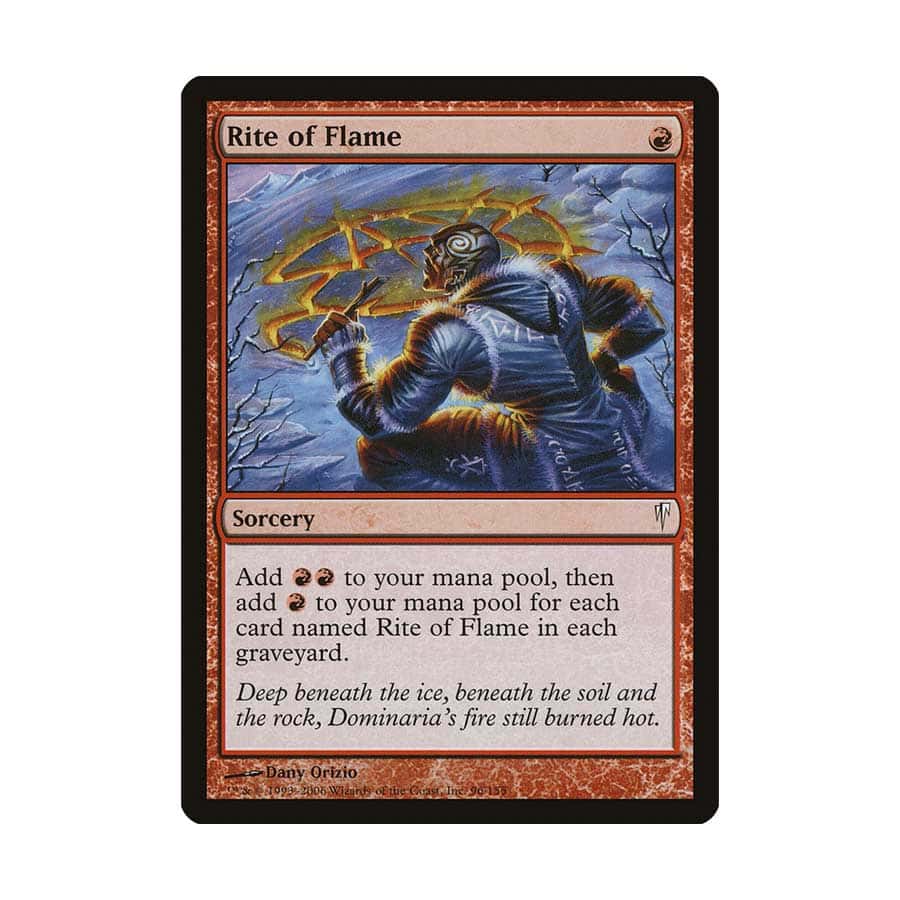 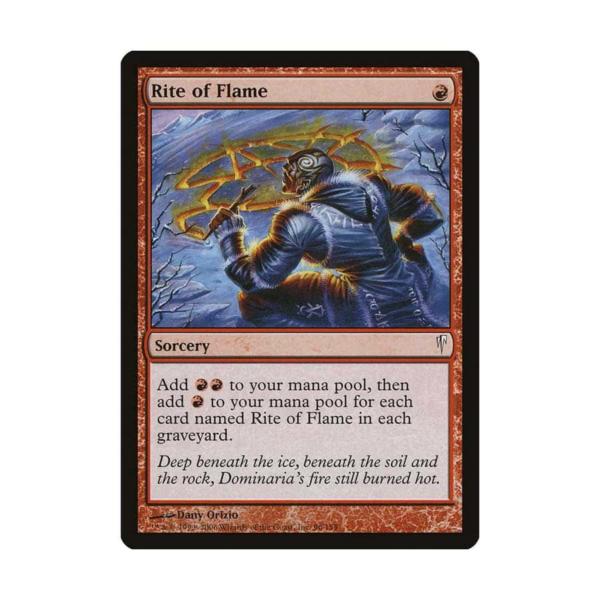 A defining characteristic of The EPIC Storm, this card is one of the reasons this deck is blazing fast. The fact that it costs one mana is important for two reasons – the first being that it’s easier to cast in comparison to other “Ritual” effects available that cost two and the second reason would be its converted mana costs’ impact on Ad Nauseam. Something that is often overlooked when viewing Rite of Flame and is the ability to make two red mana, which is important because it generates just enough to meet the red mana requirement for both Burning Wish and Empty the Warrens in a single turn. Two Rite of Flame is also the perfect amount of mana to cast Empty the Warrens! Things become a little more interesting when you have more than two Rite of Flames (see below). Revealing Rite of Flame off of Infernal Tutor is one of my favorite things to do, especially with a line to cast Past in Flames. Often times Rite of Flame acts as a Dark Ritual and in certain situations is even better!

Mana Generated by Rite of Flame
Cast off a single red mana source, in one turn.