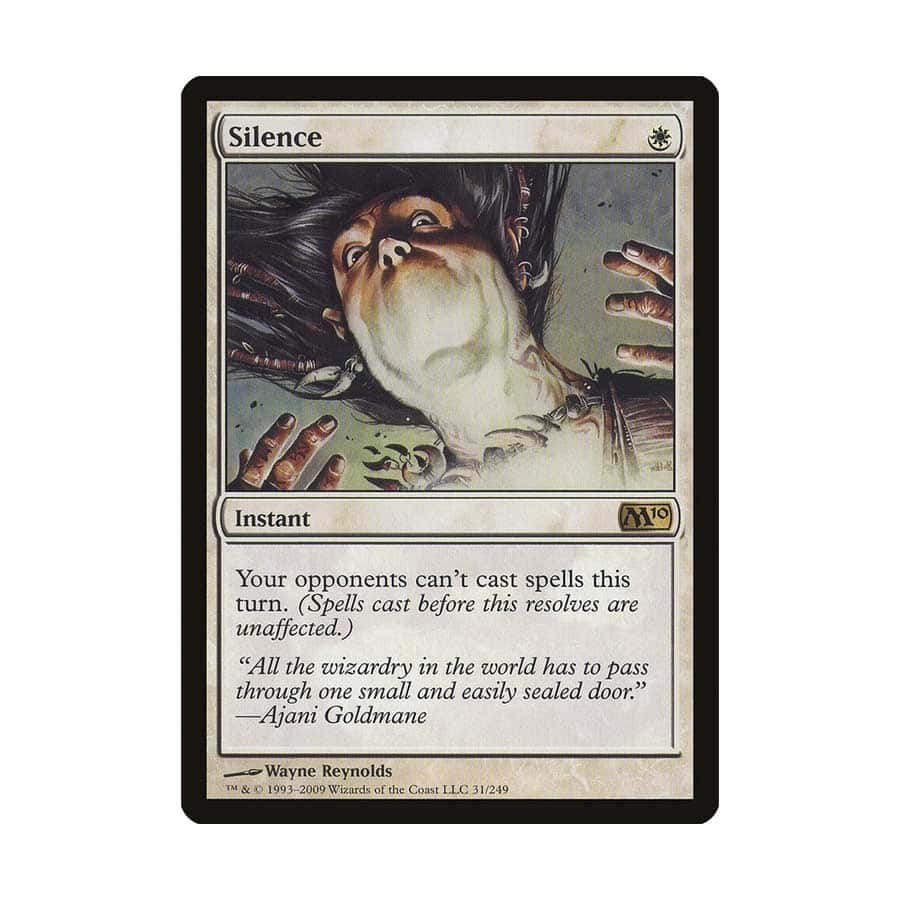 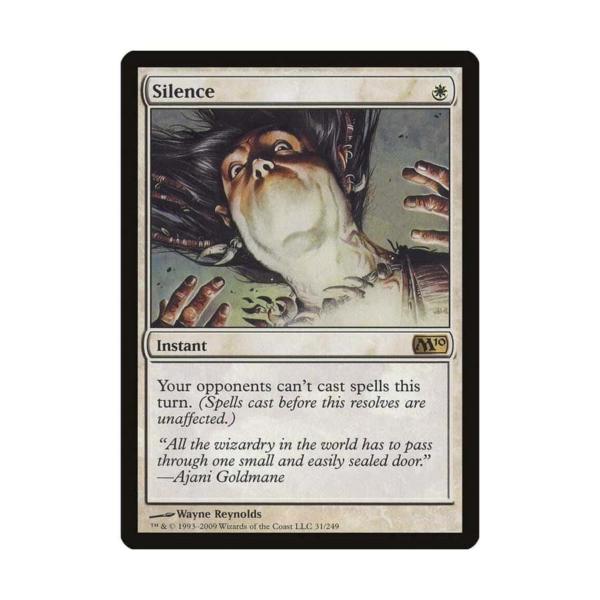 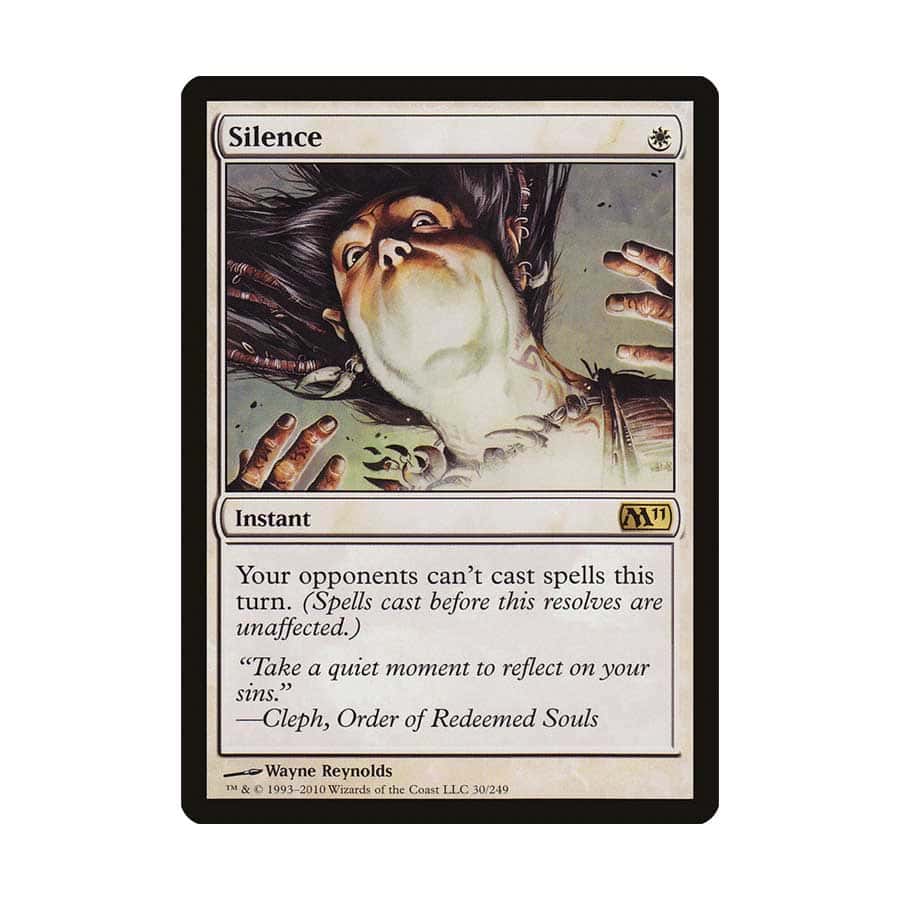 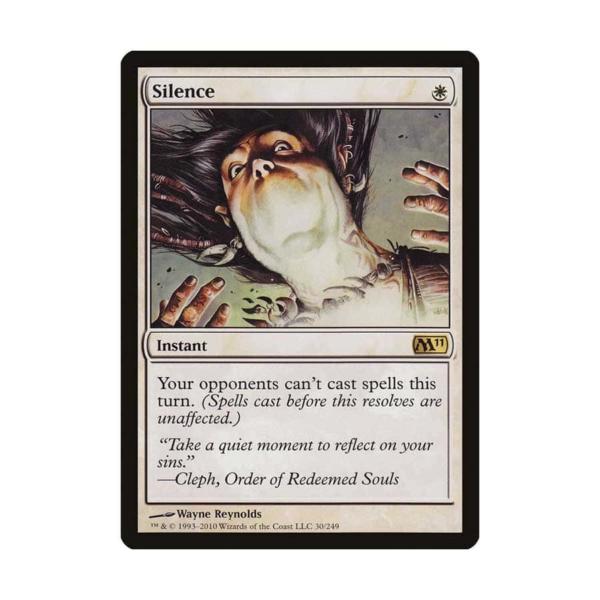 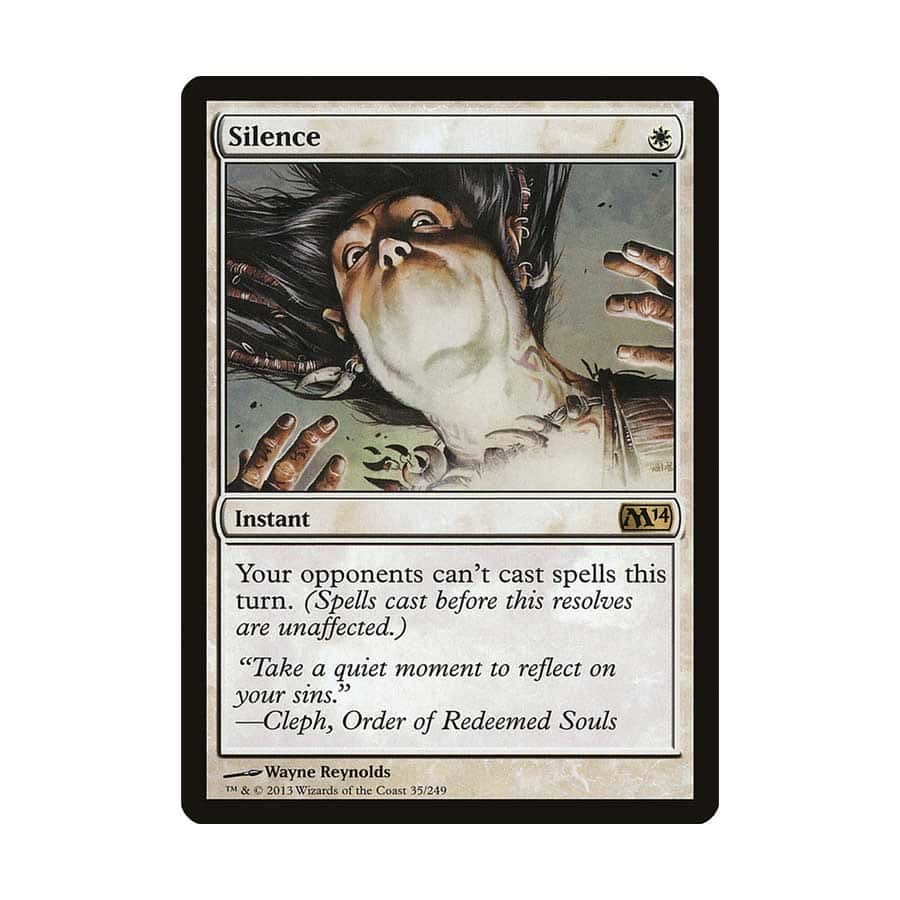 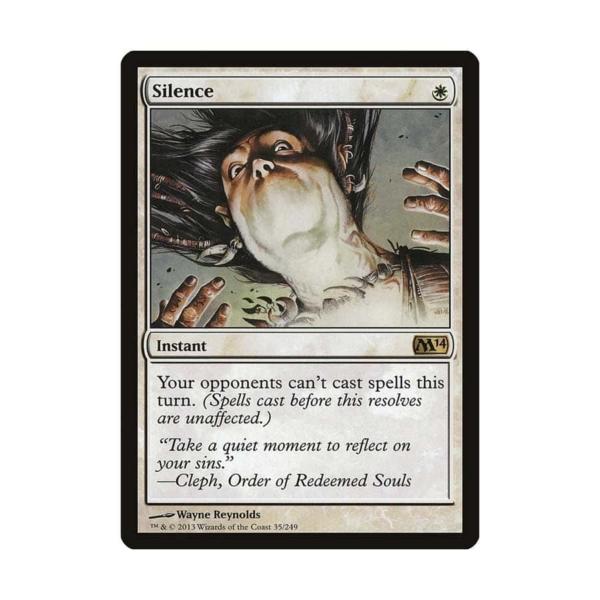 A card that was shelved for being ineffective at answering problematic cards in the current metagame and not being proactive. Playing cards that don’t interact with the opponent often leads to things like Hymn to Tourach, Show and Tell, Chalice of the Void or Thalia, Guardian of Thraben. I believe the time for Silence has come and gone, these cards were incredibly effective when all of the Delver of Secrets decks played four Stifle and four Spell Snare.