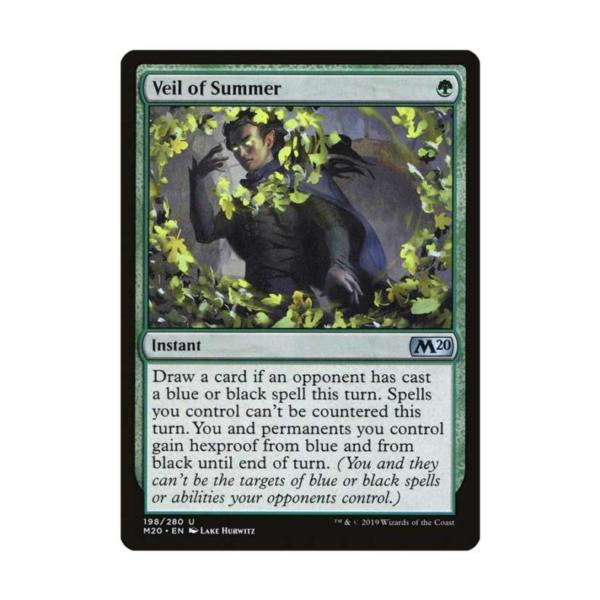 Veil of Summer’s inclusion into The EPIC Storm is for many reasons. The first is its ability to act as a pseudo Silence effect against blue decks, unlike Silence, it’s very effective against targetted discard which was always a weakness of the white instant. In a pinch, Veil of Summer can usually cycle to draw a card against most decks in the Legacy Format.

On top of what I’ve already mentioned, it can protect your copies of Hope of Ghirapur or Wishclaw Talisman against Abrupt Decay or even Oko, Theif of Crowns. Veil of Summer can even be a complete blow-out against certain match-ups such as Ad Nauseam Tendrils since they will be forced to pass the turn since Tendrils of Agony is unable to target us.

As for synergies within The EPIC Storm, Veil of Summer’s most desirable trait is how it interacts with Echo of Eons. Thoughtseize has the issue of not protecting you from countermagic drawn after Echo of Eons resolves, which means we could be giving our opponents new countermagic to stop us. Not with Veil of Summer, we’re able to ignore countermagic for an entire turn. I would like to mention, Veil of Summer says, “your cards can’t be countered by spells or abilities.” This means Counterbalance, Chalice of the Void, Chancellor of the Annex, and other effects. This clause is not relegated to colors blue or black.