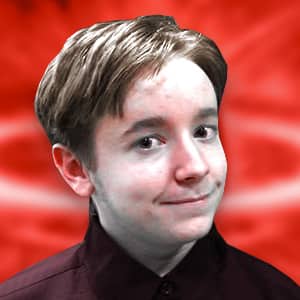 It’s been a while since I wrote my last article, so for those who don’t remember me, my name is AJ and I’ve been playing The Epic Storm for about 8 years now. When I first started learning to play Storm, I remember facing an incredible learning curve and taking it one step at a time. I was fortunate enough to have some good mentors around me that made the process much easier, but I recognize that most people don’t have this luxury.

While a lot of the content on this website is amazing, it is often very specific in its focus. It assumes the reader already knows how to play The Epic Storm, and wants to learn about various match-ups or more advanced strategies. In an effort to provide content for those who are just starting out or want to refresh on the basics, I’ve worked with my fellow writers to develop “Reading the Ropes”!

The idea behind this series is that I will cover all of the basics that a person would need to go from beginner to proficient at playing The Epic Storm. I have a lesson plan drafted up, but this series is all about feedback. I want to know what you feel is important, so that I can make sure the content is tailored to its audience. Given that I learned to play Storm a very long time ago, it’s possible that I forget that something obvious to me is not so obvious to the newer pilot. What I consider to be some of my finer work on this website has largely been about more complex topics, so I’m going to be shifting gears a bit, which can always create some tensions. This is why reader feedback is so important, so use the comment sections or my Facebook inbox as freely as you need to.

As of now, the series will start out with the very basic mechanics, such as the typical winning lines that the deck has, mulligan-ing, and basic sequencing. Later in the series, we’ll start to touch on more advanced topics such as deck-building theory, and more complex uses of cards like Infernal Tutor and Brainstorm. With this article though, I just want to provide an introduction to the series, and give a brief explanation of what The Epic Storm is exactly and what makes it such an interesting deck to learn. Bryant Cook has already done an amazing job on this website with topics such as the history of the deck, and the differences between The Epic Storm and other storm decks, so I won’t reinvent the wheel and make this article longer than it needs to be.

Throughout the early turns of the game, if you’re not fortunate enough to win on the first turn, which can happen, you will use your cards to sculpt your own hand and weaken your opponent’s hand. You need a few different and specific cards to be able to win the game, and you need your opponent to not have an answer to your potentially fragile combo, so every move matters. One mistake and you could find yourself unable to win the game or being easily stopped in your tracks by your opponent.

Everything I’ve said might make The Epic Storm sound like a bit of a weak, inconsistent, and fragile deck. In general, for newer players, playing storm-based decks can feel that way. What makes The Epic Storm great though, especially when compared to other Storm decks, is that you have a lot of interchangeable cards that can fill multiple roles depending on what you need to be doing. A big part of this series will be understanding how to get the most out of your cards. If you are always using them at face value, you will severely limit your options and lose a lot of otherwise winnable games.

All that said, The Epic Storm is a deck that when piloted well can feel amazing! Sometimes you will win the game before your opponent even had a chance to be a part of it, and those wins are certainly nice, but I prefer the games where you had to very carefully maneuver through the various obstacles your opponent presented while meticulously managing all of your resources such as life, mana, and cards.

A key component of this deck is the card Ad Nauseam. A lot of your games will be won by casting this card. When your life total is high, Ad Nauseam has the capability to draw you a very large portion of your deck. The average converted mana cost of your deck, once Ad Nauseam is no longer in it (because you are casting it), is right around 0.75, so you can often draw a lot of cards. One of the biggest drawbacks of a card like Tendrils of Agony is that, assuming your opponent is still at 20 life, you need to cast nine spells before it to win the game. When you typically only have five to six cards in hand, this can be a tough hurdle. Ad Nauseam, for a fairly low cost, allows you to draw a lot of spells to cast in order to increase your storm count (the term for how many spells you have cast this turn), generate additional mana (a crucial resource if we want to cast 10 spells in a single turn), and actually find one of your cards that win the game.

Your other main way to win the game is Empty the Warrens. Empty the Warrens has a benefit over Tendrils of Agony in that you don’t necessarily need to cast nine additional spells to win. Often times, something like ten or fourteen Goblin tokens will kill your opponent, even if it requires an extra turn of attacking. When Ad Nauseam is not an option due to a very low life total, which can happen in games where it takes longer to get your pieces together, Empty the Warrens can allow you to still have a chance at winning. Empty the Warrens is also great against counterspells like Force of Will because, even if they counter it, you still get all of the additional copies. They can only stop two Goblins at a time whereas if your Ad Nauseam gets countered, there is a good chance you might lose that game.

The downside of Empty the Warrens is that it doesn’t win the game right away, so it is vulnerable to certain cards like Toxic Deluge or Golgari Charm that can destroy all of your tokens. Sometimes, your opponent can even just put enough creatures into play that attacking with a bunch of tokens won’t be enough to kill them, or they can kill you first, as is often the case against other combo decks. Even a card like Batterskull can be enough to invalidate all the work that went into making your army of Goblins.

Deciding when to use your various win conditions and understanding the pros and cons of each is an important topic, which is why that will be one of the centerpieces of the next article. In the next “Reading the Ropes”, we are going to cover the basics of actually assembling and using your combo pieces, and understanding the value that each win condition brings you in various situations. If there is anything in particular that you want to know about this concept, feel free to leave a comment or send me a message and I’ll make sure to include that.

This article was a bit shorter than I expect future ones to be, as I want to make sure that I touch on all of the important aspects of each topic that we cover. The length and format is also something that I’ll be experimenting with as time goes on though, so please leave feedback on that as well!

I hope that you enjoyed this introduction to my new series, and I look forward to taking this journey with you as we attempt to master The Epic Storm from the ground up. It won’t necessarily be easy, but I at least think that it will be fun!

Thanks for reading!
– AJ Kerrigan