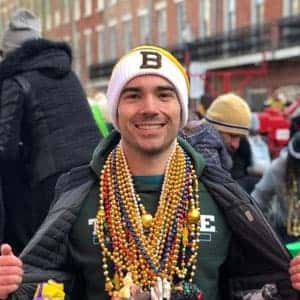 Before we dive into this article I want to introduce myself. My name is Steve Vultaggio. I am a 25-year-old Masters student living in New Orleans. Who Dat! Originally, I am from Boston, Massachusetts and am a life long Bruins and Patriots fan. I have been playing Magic the Gathering since 2000, and my first “competitive” event was a Mirrodin pre-release; where I opened a Chalice of the Void. Storm as an archetype has always been a passion of mine, followed by degenerate combo and prison. I have been playing The EPIC Storm for a while now, and I truly believe it is the best deck in the format.

Hello everyone! Today I want to talk about Surgical Extraction and Extirpate, from the perspective of the Storm player and the Opponent. A lot can be said about Surgical Extraction, it’s a devastating piece of graveyard hate with arguably the most powerful alternative mana cost Wizards of the Coast has printed. Everyone is playing it in the sideboard or a way to avoid it, except for The EPIC Storm (TES). If we look at our brethren over on Ad Nauseam Tendrils (ANT), we see lists running Extirpate showing up every so often on Legacy 5-0 lists and in challenges. So, the initial question is, “Why is ANT running it?”

When delving through the plethora of content on TheEPICStorm.com, you come across articles outlining the role that TES and ANT fill. They are both fast and efficient combo decks that demand sideboard slots from fair decks. Even though the two decks play similar win conditions, they play out with different patterns and at different paces. ANT has always been known as the “grindier” of the two decks. ANT’s heavy reliance on the graveyard allows it to ramp up mana production as the turns progress. The EPIC Storm, on the other hand, is the equivalent of the fast and furious series, win as quick as our hand allows it.

This still hasn’t answered our question, “Why is ANT running a Surgical Extraction effect?” Well, as said above, ANT wants to go for as long as necessary to build up a terminal velocity in the graveyard. It doesn’t mind taking a couple turns off to shut down your graveyard strategy or flip the script on an opposing player’s Surgical Extraction. The EPIC Storm does not need this, as it relies less on the graveyard and wants to focus on lock piece removal (Pulverize and Chain of Vapor) and our combo at all costs. Most of the time it is as simple as “We are just faster than the graveyard combo decks of the format.”

Decks to target if we had Surgical Extraction

If we did include Surgical Extraction or Extirpate at some point, the cards we would be looking to target would be out of Reanimator, Dredge, and future graveyard based decks (I.E. Cards from RectorFit or Bomberman). Unfortunately, we would have a hard time snagging Dark Depths from Turbo Depth’s hand using Thoughtseize or Duress, and without Wasteland it is a challenging deck to target; Thus it wont be discussed in this article. Some other targets for value might be Force of Will, but overall, we just have better and faster answers in our discard suite.

Now, would Surgical Extraction hurt the game plan of Reanimator? Almost certainly, but it truly is not needed. The problem cards we would target with Surgical Extraction would be Griselbrand, Elesh Norn, Grand Cenobite, and Chancellor of the Annex. Sometimes we may find ourselves in the unfortunate position of needing to target multiple recursion threats in the graveyard, thus reducing the potential of Surgical Extraction as our blowout hate plan. The game plan should always be to race with Tendrils of Agony and have the backup plan of Empty the Warrens. I personally would rather see someone on StarCityGames coverage with a Telemin Performance in the sideboard as the plan against these types of decks. Fair warning, I may be biased for this spicy sideboard choice.

Dredge would be a tougher archetype to hit with Surgical Extraction. Dredge can get a critical mass of cards in the graveyard and not worry about single card interaction that isn’t permanent. If we were to devote sideboard slots to combat this deck, I would choose to side with the option of Tormod’s Crypt. Tormod’s Crypt goes hand in hand with the new Mox Opal plan and allows us to clear the Dredge player’s graveyard early. Usually the best time to use your Tormod’s Crypt would be after a Bridge from Below enters the graveyard or they have multiple dredge enablers in the graveyard. If you haven’t read the newest addition to the card selection page of the website, I highly recommend giving it a read.

The new boogie man of the graveyard strategies, Arclight Phoenix has been popping up in the Legacy scene since it was first introduced into Standard. I like its versatility to play from the graveyard or beatdown from simply casting it like the hasty Delver of Secrets it is. I do feel Surgical Extraction would be great to bring in against this deck. Not only can we target Arclight Phoenix, but we can try to grab their copies of Flusterstorm out of the sideboard. Similar to my arguments with Reanimator, I think our discard suite is stronger than attempting a Surgical Extraction line.

If you look through mtgtop8 and the recent SCG events, we see an uptick in blue control decks. The problem cards that we have to focus on in these matchups are Force of Will, Flusterstorm, and any other counter spells. In the past, we have been able to rely on Gitaxian Probe and Cabal Therapy to strip multiple Force of Will or other counter magic in one go. Now we must use our discard spells (Thoughtseize and Duress) effectively, and in conjunction with Surgical Extraction, we can remove multiple problem cards in the matchup efficiently. This plays out similarly in the the Delver of Secrets matchup, however, we want to win with fast Empty the Warrens lines.

With all of this said, I think Surgical Extraction can be a powerful, free spell in several matchups. If your meta has a lot of Reanimator, Arclight Phoenix and control, then you might want to consider some number of Surgical Extraction in place of an Echoing Truth/Duress . At an SCG Open you should plan to see the whole gambit of the format, and thus your sideboard strategy should be as broad as possible. Versatility with sideboard cards is vital to a long tournament run; With specific anti-hate cards scattered throughout.

If I was, and I have been currently for testing purposes, going to run Surgical Extraction in my sideboard, it would look something like the image below. Please note this is a rough sideboard for a local meta. I am of the opinion that five bounce spells is vital in a larger tournament setting.

How to beat The EPIC Storm without Surgical Extraction

I’ve seen a lot of people lately sideboarding in Surgical Extraction and Extirpate against The EPIC Storm. You may be asking yourself “Steve, why is that a bad card to bring in” and you wouldn’t be wrong to think that. There are corner cases where it will be incredible, for example grabbing an Infernal Tutor with Unmask and casting Surgical Extraction on it. Another great example would be countering an Ad Nauseam with Force of Will and then targeting it with Surgical Extraction. However, because The EPIC Storm does not rely as heavily on the graveyard and we can use play patterns to insulate ourselves from Surgical Extraction lines, we don’t necessarily need to worry about it.

There will be times when a Storm player will cast a Duress, look at your hand and immediately take the Surgical Extraction; I know I’ve done it against Arclight Phoenix players who have no Force of Will or Daze to be seen. On my internal list of cards to prioritize taking with discard, I believe Surgical Extraction is on the lower end compared to Force of Will. If I can make 16 Goblin with a counter-less horizon in front of me and play patterns available to bait out a Surgical Extraction or play around it, you know I will always go for the pillar of the format: Empty the Warrens.

So, what are you sideboarding in against The EPIC Storm? Well, I have some experience with the matchup from a 4-Color Control and Miracles perspective, so my game plan was always countermagic (Flusterstorm and Force of Will) and sweepers (Terminus and Toxic Deluge); Honorable mention to Hymn to Tourach. One counter spell is beatable for Storm, two is a challenge, and three and above is an undertaking. If you don’t have a hand full of countermagic and or more discard, physical road bumps with redundancy are great! By those I mean Ethersworn Canonist, Counterbalance, Chalice of the Void, Trinisphere, and anything that taxes our mana (For example Thalia, Guardian of Thraben) or stops us from casting our spells; Don’t forget the clock!

Surgical Extraction and Extirpate are strong cards that take up a great place in most legacy sideboards. ANT players have been adding it to their sideboards with great success as of late, and many people have been boarding it in against them. Maybe one-day Surgical Extraction or Extirpate could warrant a more permanent slot in The EPIC Storm sideboard, but for now, we win with speed and efficiency. Thanks for taking the time read this article, if you enjoyed it make sure to read the excellent content we have throughout the site.

Stephen Vultaggio started playing Magic the Gathering in 2000. His first competitive games of Magic were at the Mirrodin pre-release where he pulled a Chalice of the Void. Almost drifting to the dark side of prison decks, he gained an affinity for powerful combo decks in Extended and Legacy. All of this accumulated knowledge would lead him towards a home in Legacy Storm. When not playing Legacy, Stephen is a life long Boston Bruins fan and enjoys playing Racquetball.