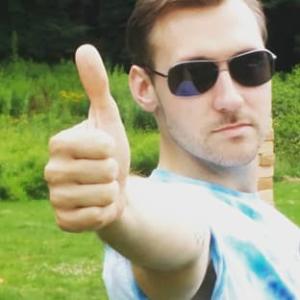 We are often asked what the best deck is, or the best build of TES and ANT. In truth there is no best version as every shift in the metagame changes the texture of how our deck operates and performs. The best build today won’t be the best build next month, and cards that are bad today might just be what take TES to the top 8 of a Grand Prix or Pro Tour next year. Earlier this week, Bryant published his updated TES list, which includes some out of the box technology such as a full set of Empty the Warrens. I think this is a good opportunity to examine how the metagame has shifted and to better understand how we are re-positioning our builds to cope with a changing environment.

A seminal piece of magic theory was Leon Workman’s 2000 Dojo article on the Metagame Clock. If you haven’t read it, it’s not easy to read in a modern context, but it is an interesting rabbit hole of magic theory to dive down, found here (some more contemporary takes on the idea can be found here, and here (see the second section)).

The thirty thousand foot overview of the theory is that specific macro archetypes are advantaged against other macro archetypes. It is like a giant game of rock paper scissors: Aggro beats Control, Control beats Combo, and Combo beats Aggro. Taking it a step farther we can include Aggro Control (think a tempo strategy like Stifle Delver) and Midrange into the level one metagame clock. If these were the only decks then all else equal we would evolve into a relatively simple five deck metagame – where if any one deck is overplayed there is an obvious counter strategy to sleeve up (if people would be interested in an article on game theory optimization let me know). 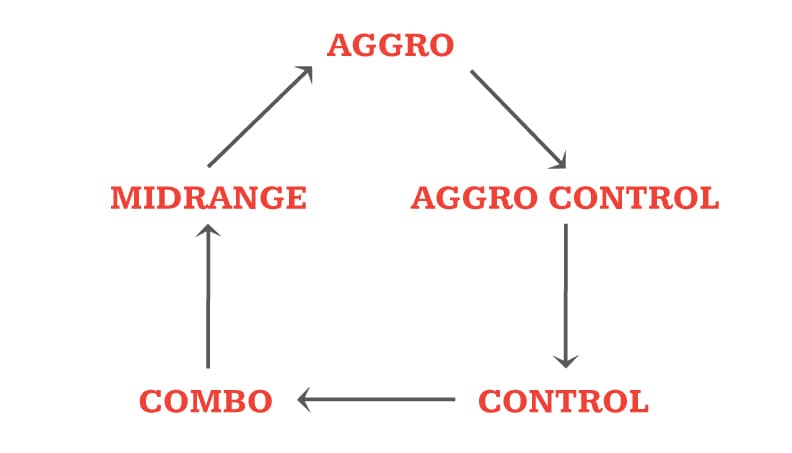 Magic is of course a much more involved and nuanced game than rock paper scissors. Not only can the same deck attack on two axis (Infect is both a Combo deck and an Aggro Control deck), but specific card and in play decisions can shift your deck along the metagame clock. We have seen this in action as post-Grand Prix Las Vegas, Delver decks have iterated, taking on increasingly card advantage qualities and eschewing tempo considerations such as Stifle. Or rather, decks are evolving along the metagame clock into a more midrange-controlling shell with each iteration gaining a marginal advantage in the mirror.

GP Las Vegas top 8 in June had 4 Delver decks, all of which were Aggro-Control variants. None of the top 8 at GPLV ran any main deck copies of Cabal Therapy, and no deck in the top 8 ran any copies of Hymn to Tourach in the 75. The Delver version piloted by Jonathan Semeyn is more of a tempo burn deck, while the three color versions piloted by Chris Iaali (grixis), Samuel Tharmaratnam (grixis) and Patrick Tierney (temur) are tempo decks defined by the card Stifle. Here is Chris Iaali 3rd place deck:

Before we move on, I want to note that TES’ and ANT’s game plan against a Stifle and Spell Pierce deck is very different than it is against a more discard oriented deck. Against counter magic, we are going to try and create a combo window when they are mana constrained, and we can be patient to the extent that we are not being clocked. Cards like Defense Grid and Xantid Swarm have a decent amount of utility against counter magic, but are embarrassing against discard spells. Discard heavy strategies force us to either fight back with card advantage, go off with fewer resources or otherwise shift the angle of attack. We’ll come back to this idea later.

Following GPLV, Delver lists began to evolve to fight the mirror. Typically a slightly more controlling and card advantage oriented Delver strategy will beat a more tempo oriented Delver strategy. This led to an adoption of Cabal Therapy and even Kolaghan’s Command. Below is ReneRandup’s second place Grixis Delver list from the 07/08/2017 MTGO Legacy Challenge. The deck plays Cabal Therapy in conjunction with Young Pyromancer allowing it to go over the top of a more tempo oriented mirror.

The trend hasn’t been universal and while Stifle Delver is much less common we have seen some builds downshift recently with Spell Pierce (Griselpuff’s 09/04/2017 Legacy Challenge 2nd place list). However, I would argue that generally, the past three months have seen an arms race in the Delver soup to more controlling mid-range card advantage oriented builds. Maindeck Cabal Therapy has become more common than Stifle. Subsequently, this shift has created room in the metagame for more card advantage and discard oriented control and midrange strategies such as a standard of two main deck Hymn to Tourach in 4c Control.

Enough Delver! This is TheEpicStorm!

In a vacuum there is no best deck. There isn’t even a best storm deck. As the metagame shifts how we attack it has to evolve as well. Something that wasn’t good two months ago might be good today, and conversely some of our best tech becomes obsolete – at least until it isn’t.

The card advantage Delver decks are in my opinion more difficult for TES and ANT to beat. The proactive nature of them allows for more mana efficiency and puts immense pressure on us to sculpt our decimated hand while getting clocked by a Delver of Secrets and Deathrite Shaman.

As the Grixis Delver and UBx strategies evolved, we began running into more Cabal Therapy and Hymn to Tourach online. It became clear that our strategy needed to evolve. There are various ways to try and fight through heavy discard oriented strategies, including card advantage (Night’s Whisper, Dark Confidant, or even Sylvan Library), resource light win conditions (Empty the Warrens), and even pivoting the deck (there was a recent ANT build in Japan with Phyrexian Obliterator!).

Cats (Goblins) out of the Bag

In mid-August we were brainstorming ways to fight the onslaught of discard in Grixis Delver and 4c Control. At the time Bryant’s data was showing a 49% Grixis Delver matchup and 64% win rate versus 4c. After bouncing a lot of ideas around (even Howling Mine was pitched) we decided to try overwhelming our opponents with win conditions. Since moving to the 4x Empty the Warrens plan, Bryant’s win percentages have been 53% versus Grixis Delver and 63% versus 4c Control – that is a 4% increase against Grixis.

The 4x Empty the Warrens strategy I first saw piloted by Surfinbird19 last spring as a means for ANT to overwhelm miracles (I am told that others such as Bryant and Peter had tried the strategy in the past). By comboing off with minimal resources you force your opponent to dig for an answer, sometimes you just win, and when you don’t you often have time (while under less pressure) to re-sculpt your hand and combo a second or third time. The strategy felt ripe to try against Grixis Delver and 4c Control, where they often have limited answers to a resolved Empty the Warrens, and comboing off for some number of goblins is much less resource intensive than a one shot Tendrils of Agony kill.

With targeted changes we were able to increase the deck’s win percentage versus Cabal Therapy versions of Grixis Delver. The point isn’t that the current iteration of great, it is that the current iteration of the deck is great in our view of the current metagame. As the rest of legacy evolves we will have to continue to seek out new (or re-purpose old) technology in order to remain on the forefront of competition. There is no right answer and there is no best deck – but in any context we can work to make our deck and gameplay the best that we can.

Until next time, keep on storming.