It is time for episode three of the TES Matchup Battles series and this episode we take on Leovold Sultai! Now any legacy players that have been playing the last couple years are probably aware that Sultai variants have been around for a while, like Shardless Sultai, Sultai Delver, and their many flavors of each, but now we have a new one in the form of Leovold Sultai. Thanks to the recently printed Leovold, Emissary of Trest. All of these decks have really good individual creatures backed up by powerful blue and black spells as their disruption. Learning and understanding the skills in this type of matchup will help you for your legacy career because as better creatures get printed I could see these types of strategies being a household name for years. It is also one of those decks that people, especially in the United States, just love to play.

How does Leovold Sultai matchup against TES?

Thoughtseize – This is one of their better disruptive cards because it can set us back by a few turns and can poke holes in our game plan. Our own discard spells are usually going to be aimed at taking their counterspells, and they can cast Thoughtseize as disruption as early as turn 1. Beating Thoughtseize is realtively easy because of cards like Ponder and Brainstorm to protect our most valuable cards.

Daze – A slightly disruptive card that can cause a hiccup if they counter a cantrip or an initial ritual. Daze can almost be a blank card if we see it from a Gitaxian Probe or a discard spell. Just remember this card exists and try to play around it the best you can if possible.

Force of Will, Flusterstorm – These are their best disruption spells because they will usually require an answer in the form of a discard spell because we can’t really ever combo off into these counters unless the opponent counters the wrong spell or messes up. No matter how late the game goes we can never just play around them.

Deathrite Shaman, Nihil Spellbomb, Surgical Extraction – In their 75 they have 6 cards that interact with our graveyard and can do even more damage with their 1 copy of Surgical Extraction. Depending who the opponent is they may or may not bring in these graveyard hate cards, but Deathrite Shaman will still remain in their deck making Rite of Flame and Past in Flames less effective.

Killing Them – TES is a very fast and consistent deck, so there are many games where they just have the wrong cards for this matchup and we are able to do our thing with very little resistance. For example when they draw cards like True-Name Nemesis, Abrupt Decay, Jace, the Mind Sculptor they are just blanks without the help of their important cards. We also have different avenues of winning based on their disruption, for example Tendrils of Agony is our main win condition, but if they have a Leovold, Emissary of Trest then we can win with an Empty the Warrens, because the Reid Duke version has zero answers to a horde of goblins. If the game gets really grindy and they have no graveyard hate then we have the Past in Flames avenue, so we can adapt our game plan based on whatever disruption they have.

Tendrils of Agony – Our main win condition in this matchup. We aren’t under any real pressure to try to combo off on turn 1 or 2 like in some other matchups, so the goblins plan isn’t as essential. Tendrils of Agony becomes much less good if there is a Leovold, Emissary of Trest in play because for every copy of Tendrils of Agony that targets the opponent then they get to draw that many cards and could find a Mindbreak Trap or a Flusterstorm to counter all of our Tendrils of Agony copies.

Empty the Warrens – This will however be our main win condition if there is a Leovold, Emissary of Trest in play because of the scenario described above. The Reid Duke list has zero answers, so 14+ will be good enough.

Brainstorm – One of our better cards in the matchup because this is what will protect our key cards from their discard. It also plays a big role in being able to find the cards we need for each particular situation. Because our game could change based on the opponent’s draw then we need our cantrips to be able to do that.

For the most part there aren’t many other tricks or unique play behind the matchup other than what has already been described. The fundamental key turns in this matchup are going to be 2-4. Our life total isn’t going to be under very fast pressure. This will give us the turns we need in order to set up whichever avenue of victory that we need as well as using our disruption to clear the way for us and to be able to recover from any of their discard or Wasteland that they used.

This may seem strange, because there are very few decks in legacy and all formats that don’t sideboard against a popular deck, but I truly believe this is correct and what I have been doing. This is a very similar comparison and situation that I went over in my last episode against Grixis Delver. The main boardable cards are Surgical Extraction, Abrupt Decay and Chain of Vapor. I don’t think any of these cards are that great in this matchup and I still want to have access to all of my Burning Wish targets for the midgame. The cards that we need to try and beat that are concerning we already have answers for in our maindeck in the form of discard. It will require them to have multiple cards to beat us and their disruption will come from much different angles like graveyard hate, discard and counterspells, so bringing in sideboard cards to try and fight any of their disruption is just a losing battle because of how diverse it is, so as long as we play around what we can and use discard to clear the way it should be a solid win for us. 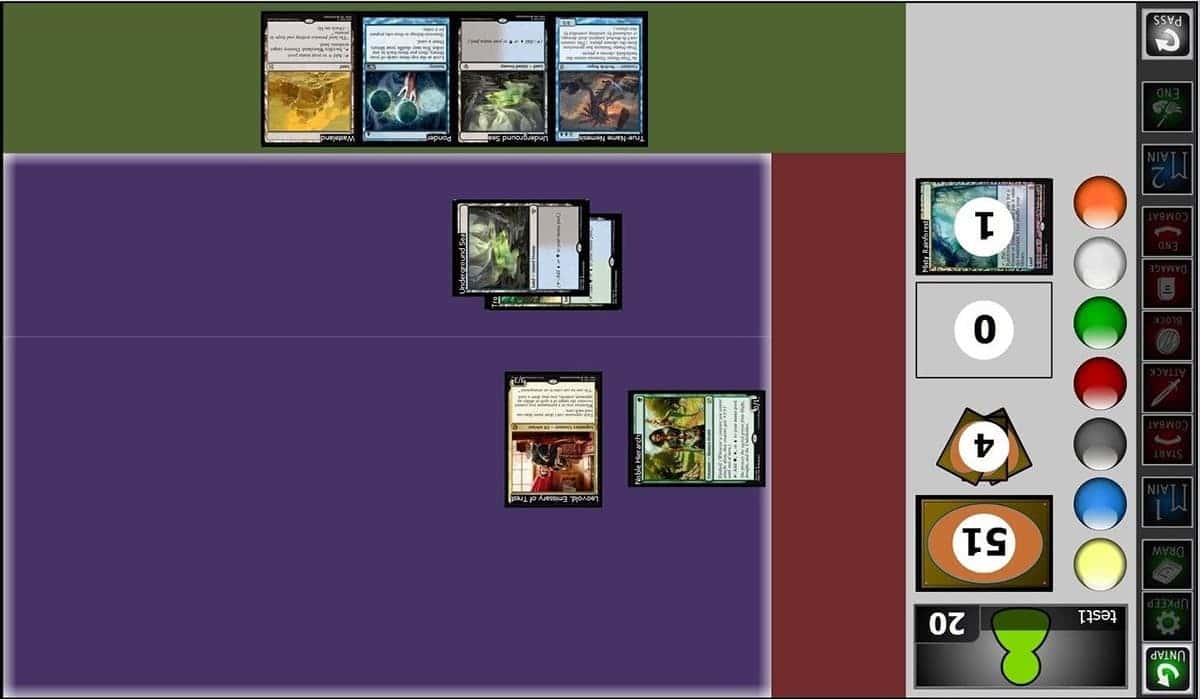 This is game 3 of a match when my opponent was on the play. He led off with a turn 1 Noble Hierarch into Leovold, Emissary of Trest and passed the turn. On my turn 2 I had the resources to cast an Ad Nauseam from my hand, but I didn’t have any discard if my opponent had any counterspells. I could cast the Ad Nauseam with 1 land open to beat a Daze. He revealed his hand and the coast was clear. It was go time from 18 life.

This new version of this deck doesn’t have any four drops in it, making our Ad Nauseam even better and I was able to safely go down to 2 life. In a typical scenario and matchup our play would be very obvious. Play all our artifact mana and then tap the Volcanic Island to cast every copy of Rite of Flame. We would then typically cast our Burning Wish and grab Tendrils of Agony and kill the opponent, but this is not a typical game. There is a Leovold, Emissary of Trest in play and if we took that line then our opponent would be able to draw at least 10 cards from targeting them with Tendrils of Agony and if they found Mind Break Trap we would have lost the game. If the opponent would have had 1 mana open then the possibility of them finding Flusterstorm would have also been an out. I cast a couple of cantrips just for more storm off of my pair of Lotus Petal. Instead of my Burning Wish getting the Tendrils of Agony I got Empty the Warrens and made 26 goblins. I knew they didn’t have an answer in their deck and so did he. 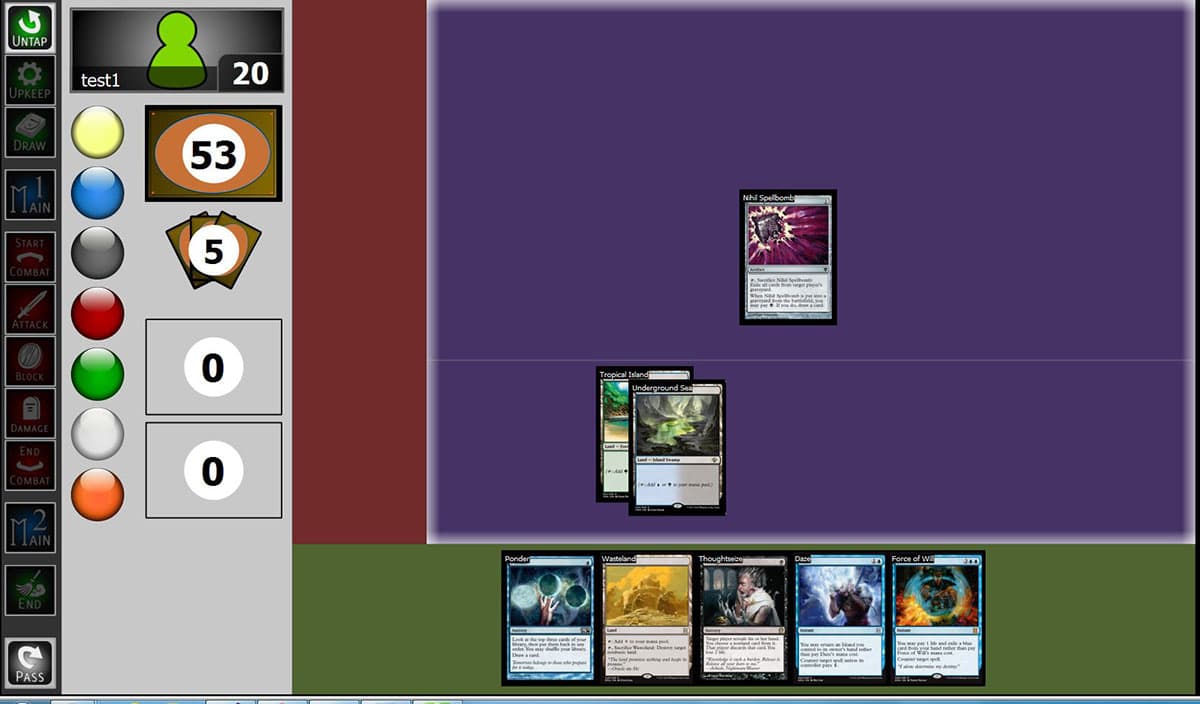 This was a game state and hand that my opponent had one match. This is a prime example of why I do not like sideboarding or trying to defend/attack against a particular angle. These types of decks just try to disrupt and attack from each angle a little bit instead of all from one angle. This is also one of the reasons that I don’t like relying one type of winning strategy versus this deck. Sometimes one path is better or worse than another and that is based on the type of hand they have. We often don’t get to choose how we want to win because it is based on what their hand is weak against.

The main takeaway from this is that there is quite a bit of value from going back and reevaluating popular matchups. Like many of us have played against Sultai variants and they are always evolving. Even if you have played it frequently in the past quite a bit of things change and decks get new toys and it can really impact the sideboard plan and even mental plan on how to approach a matchup. This is just not a strategy for TES or for legacy, but can be applied to any format or any deck.