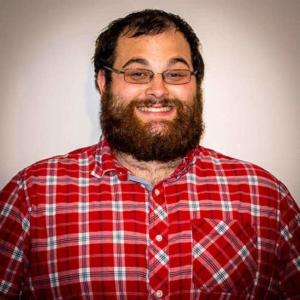 Words are running from me as the conclusion to this adventure comes near. Following this article, only one should follow; bringing with it the news of my victory or failure. With a single practice night coming next Thursday and our final tournament on Saturday night, I can feel my heartbeat racing.

With this shorter article, I welcome you to a realm of irony. First of all, as we played last week, I finally got my hands on a play set of Shattering Spree, but the Death & Taxes player didn’t show up. I didn’t have any use for them with only 3 games to play. And then, despite an article almost solely on the subject, I couldn’t find any Echoing Truth to play but at least, however, my viewership would suggest that should be the case anyway. The feedback of many respected storm pilots made its way into my sideboarding decisions, I finally chose to leave Echoing Truth out for other solutions.

In the end, the new sideboard looked as follow:

First, the Dark Petition was useful for at least two games. Then, after I removed it for more testing, I surprised myself trying to make a play with Burning Wish, and not find it. I guess the card just felt really natural, and it seems likely to keep its spot until the end.

Second, 4 copies of Dread of Night felt too big and too small at the same time. In game against Punishing Maverick, I managed to draw a copy. That single copy was useful at preventing a Thalia, Guardian of Thraben from coming into play, but it failed at removing Phyrexian Revoker, Gaddock Teeg and Ethersworn Canonist, not even talking about Knight of the Reliquary. It was an overall disappointment, but I’m unsure if I should remove three of them for Abrupt Decay. I’ll test with 4 again on Thursday, most likely ask advice around, then make my mind Friday in order to have enough practice.

I felt happy keeping a Pyroclasm, mostly to win against Elves. The card really makes a difference there, and I didn’t feel I missed Grapeshot against them. I prefer not to board spot removal and board this Pyroclasm instead, I think it’s worth it so far.

Massacre was used once, but failed to win me a game. I would keep it just to give me a better chance against Death & Taxes.

The Chain of Vapor / Void Snare split felt weird, and I’m likely to cut the Void Snare for an other Chain of Vapor. Being able to wish for Void Snare is nice, but most of the times what I want to remove can be done with a Pyroclasm, which will likely be better in most cases. The Instant speed really makes the difference when I want to free a mana on my turn­.

And then, we’re left with the copies of Shattering Spree. Finally. The big question: were they good? Yes. Was I good? No. Let me explain.

Only one deck made me board the Shattering Spree in the absence of Death & Taxes: Punishing Maverick, which was also running Ethersworn Canonist, Chalice of the Void, and Phyrexian Revoker. I lost the first game to a Gaddock Teeg while I was short on mana, despite casting two Ponder.

But in the second game, I felt terrible as I had my new weapon in hand and didn’t know how to use it. My opponent landed a Chalice of the Void without counters on his turn one, while I drew the Shattering Spree few turns later. But then, with him having an Ethersworn Canonist in play, I felt like I couldn’t break the Chalice of the Void as I needed two red mana (one for the cast, one for the replicate effect), and had already lost a Volcanic Island, I didn’t have Lotus Petal or Chrome Mox, and couldn’t cast Rite of Flame out of my single Volcanic Island followed with a Shattering Spree, due to the Ethersworn Canonist.

See the problem? I was so used to two Chalice of the Void, one at one and a second at zero, that I forgot I could easily break zero counters without anything more than a red mana. This game was really easy to grab and I failed my own deck.

That’s how I learned an important lesson: despite the feeling of hope a new card brings you, or the dread a resolved Chalice of the Void makes you feel, always pay attention to the board, and keep your head cold.

This is where you guys had a role to play: I noticed this mistake after the game, but how many did I miss because we didn’t discuss the use of these cards? Every feedback, every critics on these articles have helped me grow as a player, bringing up to light the points I never expected or focusing on different aspects a few issues I already had. Practice is awesome, but being able to talk about games and having people around help you to learn is what makes the difference in our growth.

For this week, less words, and more application of that previous knowledge, toward a new level.

Watch for me in the following days. Your support has always been there, and I’ll need it more than ever before Saturday night.

An EPIC Storm shall crash that night, and that EPIC Storm will be me!

Facing the winds, the sea and the snow on the islands, the deck to choose in Legacy came naturally. My only purpose is to reproduce the EPICNESS of the Storms I see outside my window, armed with a single deck and a drive for perfection.