Through the Looking Glass: 4C Snow Control with Rugved Karhade 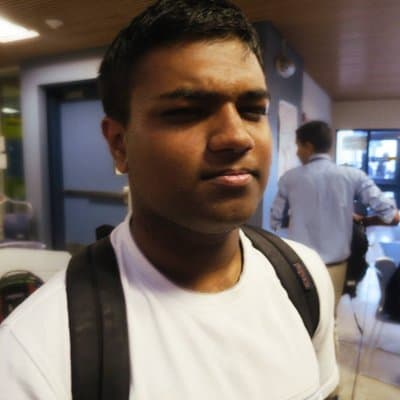 Rugved “Ved” Karhade is an MTGO grinder and a constant player of all things “blu”, though he tends to prefer UWx Miracles. One of the recent innovators for Miracles, Ved constantly posts unique lists on Twitter and often places well with them in MTGO challenges.

Here is a recent 5-0 finish of 4c Snow Control from Rugved Karhade.

The first thing you typically see when you look at a 4C Snow Control deck list is that it looks similar to Grixis Control with two big changes: Plague Engineer and Wrenn and Six. What are your thoughts on the effect those two cards have had on blue-based control decks and the Legacy metagame in general?

Blue-based control decks before Modern Horizons were fairly diverse archetypes including various Delver of Secrets, UWx Miracles, Grixis Control, and Stoneblade strategies. Ever since the printing of Plague Engineer and Wrenn and Six, you need a compelling reason to not be casting either of those cards. Wrenn and Six gives you a strong proactive plan that threatens to either lock out an opponent playing non-basic lands or a source of card advantage against other midrange decks via Brainstorm or Lonely Sandbar. Plague Engineer, on the other hand, shores up your other vulnerabilities as a blue midrange deck. For a long time, the best way to combat UBx midrange decks were True-Name Nemesis or tribal strategies like Elves or Goblins. UBx based decks getting access to Plague Engineer and Kolaghan’s Command pushes these decks to neigh unplayable. This along with the combination of pinging an X/1 on the play with Wrenn and Six while getting ahead on board.

One important factor of playing a fair blue deck versus Storm is being able to close the game out with a threat. What kind of threats do you play to put a clock on your Storm opponents? Do you feel at a disadvantage when you keep a hand that doesn’t have any threats?

I think the best threat any deck can play against Storm as a midrange deck is a source of card advantage that doubles as a threat — a great example being Leovold, Emissary of Trest. Leovold, Emissary of Trest is a creature that attacks for three and 2-for-1s all your opponent’s discard spells while also simultaneously stopping all their cantrips. Another great threat is Jace, the Mind Sculptor as it’s hard for Storm to win a game against a deck with discard “Brainstorming” (using Jace, the Mind Sculptor‘s plus zero ability) every turn. During mulligans against Storm, I generally feel fairly safe opening with protection and cantrips, and then cantripping towards a Leovold, Emissary of Trest rather than opening with one in my opening hand.

A lot of The EPIC Storm (TES) players are currently playing main deck Defense Grid. From the perspective of the 4C Snow Control player, does this card concern you at all when comparing it to Duress? What kind of answers do you play for it?

Defense Grid is honestly not too threatening for a deck with miserably low blue count and four Force of Wills such as 4C Snow Control. The deck has access to cards like Thoughtseize, Snapcaster Mage, Plague Engineer, and Leovold, Emissary of Trest to help beat it. Pair that with copies of Abrupt Decays and Kolaghan’s Command to shatter the Defense Grid should it ever come up.

It’s no secret that Plague Engineer is a… plague for Goblin Tokens. With playing this card in your main deck, how highly do you value drawing it versus TES?

I know it’s a myth how often TES goes for Empty the Warrens, however, when playing a discard deck, I highly value going after the pieces that enable an Ad Nauseam to force my TES opponent into going for a large board of Goblin Tokens. Because of this game plan, I tend to value Plague Engineer very highly and even board in an extra one if I have access to it in post-board games.

Aside from Force of Will, what kind of counter magic do you play in the main deck?

I generally only play four Force of Wills and between 0-2 Spell Pierce in the main deck. The deck leverages Force of Will as a way to stay alive against cards like Chalice of the Void, Infernal Tutor, and Jace, the Mind Sculptor while doing its best impression of a Jund strategy with decent mana.

Aside from counter magic, what other ways do you have to interact with Storm?

Depending on the decklist, ways to interact with Storm pre-board are mostly limited to between 4-6 counterspells, discard spells, Plague Engineer, and Leovold, Emissary of Trest or Narset, Parter of Veils. In post-board games, you get access to cards like Pyroblast, Hydroblast, Surgical Extraction, and Force of Negation.

Do you feel more favored versus TES, or ANT? Why?

I feel more favored versus TES because of the lack of Past in Flames. Past in Flames out of ANT makes the matchup substantially harder because it makes all your discard potentially meaningless.

Graveyard hate is seen as pretty weak versus TES, do you still find room to bring it in after sideboarding? What kind of graveyard hate do you usually play in the sideboard?

What does your overall sideboarding look like versus TES?

Against TES, I generally cut all my removal spells (Fatal Push, Lightning Bolt, Abrupt Decay, Liliana’s Triumph, etc.) and bring in all my counter-magic, Leovold, Emissary of Trest/Narset, Parter of Veils, Plague Engineer, and Surgical Extraction depending on if I have space.

I think the Storm matchup is significantly weaker than the 4C Snow Control deck mainly because of the lack of pressure (Delver of Secrets). As I said above, I think TES’ most powerful tool against UBx midrange decks is Ad Nauseam. I believe clocking the opponent is the most effective tool against Ad Nauseam.

What are some of the biggest mistakes you see Storm players make when playing against you?

I see Storm players often trying to force situations where they combo in the first three turns when I feel like I’m even less favored as the game goes on. I’ve beaten at least three TES opponents fairly recently when they went off on turn two with an Empty the Warrens after discarding a Force of Will only for me to cantrip into one of my three copies of Plague Engineer.

What other advice do you have for 4C Snow players and Storm players alike?

My advice to Storm players would be that in this specific matchup you might be able to employ a more patient strategy, until of course the other side adapts and begins to play Hymn to Tourach. To 4C Snow Control players, my advice is a bit more convoluted. I think the best way to win is keeping a hand with some combination of discard, countermagic, lockout based threat (Leovold, Emissary of Trest, Narset, Parter of Veils, or Plague Engineer), or cantrips. The best way to beat Storm is by advancing your own game plan while slowing theirs down. Otherwise, you give them infinite time to set up a win.

I would like to take a moment to thank Rugved Karhade for joining Through the Looking Glass and providing some spectacular responses on the 4C Snow Control versus The EPIC Storm match-up.