Through the Looking Glass: BR Reanimator with Eric Landon

Special thanks to Eric Landon for his contributions to today’s article.

BR Reanimator is not only one of the most popular fast combo decks in today’s metagame, but it is also known as one of the worst matchups for The EPIC Storm. For this month’s edition of Through the Looking Glass, we brought on BR Reanimator specialist Eric Landon to share some of his wisdom of the matchup. 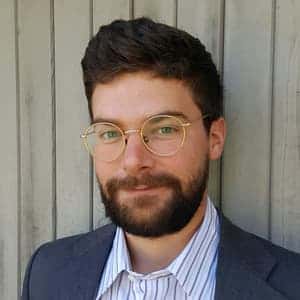 A few words on Eric Landon(ewlandon on MTGO, Ewlandon1 on Twitter):

Born and raised in Portland, Oregon, Eric Landon is currently a university professor in Thailand. He has been playing competitive Magic for over seven years with consistent success in both South Korea and Europe. Most people, however, recognize him by his MTGO name, ewlandon, where he has been the Legacy trophy leader the last four times running. The majority of his trophies have been earned by playing BR Reanimator, and many consider him the BR Reanimator specialist.

What does your average suite of discard spells look like?

Against The EPIC Storm, do you prioritize reanimating Griselbrand first, or do you go straight for Chancellor of the Annex if you can?

There are very few situations where I would not choose to reanimate a Griselbrand first, however, TES is one matchup where I am happy with a turn one Chancellor of the Annex. It can be hard for TES to beat the four turn clock, but Griselbrand is really good at allowing you to either discard the opponents entire hand or combo a second time.

If you had to choose between casting Entomb or Faithless Looting to set up a turn two reanimaton, or casting a Thoughtseize on your opponent on turn one, which would you choose and why? How does being on the play/draw change this? This is assuming you know that your opponent is on Storm.

There are a lot of factors that influence these decisions such as how many lands I have in hand and what creatures. I don’t want to lose to turn one graveyard hate so I might wait and see what the opponent does before deciding to fire off an Entomb or Faithless Looting. If they don’t play a discard spell it might be safer to wait depending on how close to comboing I am and what kind of hate spells they might have in hand.

How aggressively do you draw cards with Griselbrand in the matchup? Why?

Very aggressively, I almost always draw the maximum amount of cards. I find that I am way more likely to find ways to win off of Griselbrand draws (multiple discard or second combo), than I am to wiff or lose to a small Tendrils of Agony or Grapeshot.

When you reanimate Iona, Shield of Emeria, what color would you most likely name without knowing what your TES opponent’s hand is?

This depends on how many cards are in their hand. There aren’t that many games that I get Iona, Shield of Emeria into play without knowing my opponent’s hand, but let’s say I have a turn one Iona, Shield of Emeria on the draw and my opponent cast a cantrip and a Lion’s Eye Diamond turn one and has 5 cards in hand I would likely name red vs TES, however, I end up choosing blue more than any other color vs ANT/TES because I know their hand and can trips/bounce spells are usually the best way to beat a 7/7.

How much do you value having Chancellor of the Annex in your opening hand if you can’t immediately reanimate it?

Is Empty the Warrens at all a concern for you? In addition to this, do you think it is important to have access to Elesh Norn, Grand Cenobite?

No, I’ve probably lost to Empty the Warrens in less than 1% of the games vs any storm deck. It has happened a couple of times but Griselbrand often beats the tokens so I don’t bring in Elesh Norn, Grand Cenobite in the match up.

A common play on the Storm side is to play out our artifact mana to play around discard spells. How do you value artifact hate postboard for the artifacts, primarily Lion’s Eye Diamond?

Ashen Rider is very good vs Lion’s Eye Diamond, better than Chancellor of the Annex a lot of the time.

How does the presence of bounce spells such as Chain of Vapor or Echoing Truth change your play or thought process after game one? Adding to this, would you reanimate a Chancellor of the Annex postboard without knowing what’s in your TES opponent’s hand?

How do you evaluate hands that have interruption, but don’t have a clear path to quickly reanimate a creature?

Can’t keep hands with BR Reanimator that are looking for more than one spell off the top. For this reason, mono discard spell hands are not good. I would rather let the storm player discard me a bunch while I set up my combo than the other way around.

In your opinion, which Storm variant is better positioned vs BR Reanimator? Why?

I think that ANT is stronger vs BR Reanimator. ANT uses it’s Lion’s Eye Diamonds better in the face of a Chancellor of the Annex and TES often wants to make goblins which is rarely good enough vs Griselbrand.

What does your overall sideboarding look like vs The EPIC Storm?

Minimal sideboarding. I bring in Iona, Shield of Emeria, Archetype of Endurance, and two copies of Thoughtseize. I remove Tidespout Tyrant, a Cabal Therapy, a Reanimate and something else like a second Cabal Therapy or Chancellor of the Annex (play/draw dependant).

What are your thoughts on some alternative creature choices such as Sire of Insanity or Ashen Rider?

I think Sire of Insanity is unplayable and Ashen Rider is great!

I would like to give a big thanks to Eric Landon for joining us this month! BR Reanimator will continue to be one of the most popular combo decks in legacy, and there is no better way to discuss the matchup than with the specialist himself.

As always, thank you for reading!