Through the Looking Glass: Eldrazi Ramp with Micah Lupa 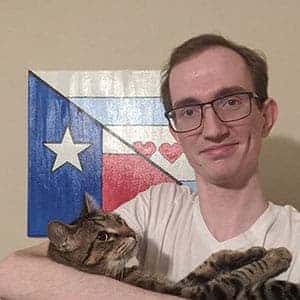 A few words on Micah Lupa

Micah is a longtime Magic player, being introduced to the game with the release of Onslaught and has been involved with legacy since the release of original Zendikar. Mostly known for playing combo decks in various formats and Storm in particular, the recent printings have displaced Micah from his previous deck of [[Ad Nauseam]] Tendrils, and he currently mostly pilots Eldrazi Post. Originally from Texas, after finishing a graduate degree in data analysis, Micah moved to Indiana where he now lives.

How do you feel about Eldrazi Ramp in the current metagame? And what are your thoughts about the matchup with The EPIC Storm?

What are the differences between you and your “sibling-deck” Eldrazi Aggro? Is there a difference in speed or matchup against combo decks?

Eldrazi Aggro is much better at closing out games and is far scarier for a combo deck. From my time on ANT, I would consider Eldrazi Aggro to be functionally unwinnable, while Eldrazi Ramp was bad but manageable. The printing of [[Karn, the Great Creator]] evened the playing field some, by making hard locks, or semi-locks possible for ramp varieties, but I would still rather be the aggro variant in combo matchups. A notable benefit to the ramp variety is a quick [[Empty the Warrens]] versus Eldrazi Aggro is almost always game-winning, while the ramp variety is much better at handling a wide board.

Do you have any instant speed interaction before sideboarding? What else should The EPIC Storm player should be on the lookout for?

My list personally did not in game one, but [[Warping Wail]] is not unheard of. Typically [[Warping Wail]] would be the only instant speed effect available to Eldrazi Ramp in any game that doesn’t sit on the table like say [[Tormod’s Crypt]]. I could see a list playing a card like [[Faerie Macabre]] or [[Surgical Extraction]], but I wouldn’t even bring them in versus The EPIC Storm if I had them.

How likely are you to keep a hand with ramp-orientated cards like [[Grim Monolith]] and [[Thran Dynamo]] without any of your early-game disruption effects like [[Chalice of the Void]] and [[Trinisphere]] against an unknown opponent?

Without heavy mulliganing, I wouldn’t. I would never keep a seven-card hand that had no disruption, but I could keep a six with some unbeatable card for the wrong matchup. I would keep sixes that produce a turn two [[Ugin, the Ineffable]] which is horrible vs. The EPIC Storm.

I would consider it medium. The speed it provides is extremely helpful at letting you go off before the lock pieces start piling up, but an upside of Eldrazi Ramp compared to Aggro in this matchup is the ability to reasonably answer [[Empty the Warrens]]. [[Karn, the Great Creator]] can find [[Ratchet Bomb]], as well as [[All is Dust]] and [[Ugin, the Spirit Dragon]] being sweepers. For some situations you even have more oddball outs, as a [[Golos, Tireless Pilgrim]] could set up a loop with [[Karakas]], and [[Glimmerpost]] to keep a high life total while blocking. Some lists also play [[The Tabernacle at Pendrell Vale]].

What other disruption pieces do you look at utilizing in this matchup? Are cards like [[Wasteland]], [[Thought-knot Seer]] and [[Karn, the Great Creator]] in your deck?

[[Thought-Knot Seer]], and [[Karn, the Great Creator]] yes, typically Eldrazi Ramp plays no copies of Wasteland, but I have seen one copy occasionally. I generally plan around trying to shut off The EPIC Storm’s Mana engine in this matchup. Eldrazi Ramp is very bad at closing the game, so I typically try to combat their ability to cast spells. [[Karn, the Great Creator]], [[Chalice of the Void]] on zero or one, and [[Trinisphere]] are all crucial to this plan.

Currently I have boarding as follows:

This bleeds into the next question, but I have tried cutting some of the clunky top end for [[Leyline of the Void]], but I kept running into an issue versus The EPIC Storm. Casting spells you typically will die from any payoff they have and turning off [[Echo of Eons]] just isn’t impactful enough compared to having a better ability to close the game out after a few lock pieces.

How do you value cards such as [[Leyline of the Void]] against The EPIC Storm?

From The EPIC Storm, not playing out artifacts. Between [[Trinisphere]] and [[Chalice of the Void]] on zero it is very likely you will lose the ability to cast artifacts quickly, and getting them into play can help greatly with the situations where you are under a lock piece.

From Eldrazi Ramp, keeping hands with mana and nothing to do, particularly in game one. In other formats, ramp decks can keep hands with a ton of mana and just eventually draw a payoff. In Legacy, you simply can’t take that risk without knowing you are against a slow blue deck. People make correct mulligan choices versus The EPIC Storm in postboard games usually. In preboard games, however, people will often keep hands that lose to most decks in Legacy.

How do you think The EPIC Storm matchup compares to other combo decks such as ANT or Sneak & Show?

The EPIC Storm is much scarier than ANT for most [[Chalice of the Void]] decks due to the increase in speed, and Eldrazi Ramp is no exception. The [[Omniscience]] version of [[Show and Tell]] decks is the worst combo deck to face with Eldrazi Ramp, but the normal version is roughly tied with The EPIC Storm in terms of difficulty. Other than Omnitell, I am generally happy to play versus combo decks with Eldrazi Ramp. While the first few turns are very worrying, if you make it to turns 2-3 into the game without losing, you typically are very favored.

I think both pilots need to be accepting of variance in the matchup. Playing as or with a [[Chalice of the Void]] deck tends to inject a lot of variance into a matchup, and you simply can’t play in an ultra-conservative manner in this type of matchup. Both sides need to play aggressively and try to end games either through comboing or assembling lock pieces.

Huge thank you to Micah Lupa for joining Through the Looking Glass and providing some outstanding responses on the Eldrazi Ramp versus The EPIC Storm matchup.