Through the Looking Glass: Maverick with Connery Knox 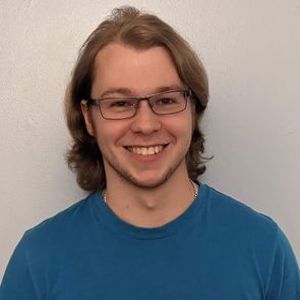 A few words on Connery Knox

Connery started playing Magic in 2017 and started playing Legacy Maverick in 2019. Since then he has gotten second place in three Legacy challenges (all with Maverick), a top eight in the Modern Eternal Weekend 2019 Championship, and played a very large amount of Maverick on MTGO. When he’s not playing Magic or other video games he is studying for his bachelor’s degree, majoring in Psychology at the University of Waterloo.

How do you feel about Maverick In the current metagame? And what are your general thoughts about the matchup with The EPIC Storm?

I think Maverick is in a great position in the current metagame, feeling favored vs most non-Snowko decks and having a shot against anything. The matchup against The EPIC Storm I feel is close to 50/50, despite the games themselves each feel pretty lopsided one way or the other. Essentially, The EPIC Storm can win on turn one, which Maverick does not have good tools to deal with, but if The EPIC Storm has anything slower than turn one kills, Maverick can very quickly create a board state that is nigh impossible for the The EPIC Storm player to break through.

What sort of interaction do Maverick decks have before sideboarding? What should The EPIC Storm be on the look-out for?

Before sideboarding, we have [[Thalia, Guardian of Thraben]], [[Collector Ouphe]], [[Abrupt Decay]], [[Wasteland]], [[Plague Engineer]] and [[Kaya, Orzhov Usurper]] as interaction against The EPIC Storm maindeck. Often against The EPIC Storm, the plan is to either play turn-two [[Thalia, Guardian of Thraben]], or turn-two [[Green Sun’s Zenith]] for [[Collector Ouphe]]. Either of these permanents hitting the battlefield game one generally means game over for the The EPIC Storm player as Maverick can quickly follow them up with a fast clock or more mana denial through [[Wasteland]] and [[Knight of the Reliquary]].

[[Abrupt Decay]] is less powerful, but something the The EPIC Storm player should be careful about when they jam a [[Wishclaw Talisman]] and pass the turn. Overall, the TES player should be trying to pull a win out in either turn one or turn two, especially in pre-board games, or just making a bunch of goblins on turn one. After turn one, however, it becomes quite unreliable as [[Plague Engineer]] is rather easy to find if Maverick is given the time.

How likely are you to keep a hand without disruption and protection? Should we expect our opponent to have mulliganed for an [[Abrupt Decay]], [[Collector Ouphe]], or [[Thalia, Guardian of Thraben]]?

Knowing that I am against The EPIC Storm, I will absolutely be mulliganing to a turn-two [[Thalia, Guardian of Thraben]] or [[Collector Ouphe]]. Keeping in mind the four copies of both [[Green Sun’s Zenith]] and [[Thalia, Guardian of Thraben]] in a typical Maverick deck. If you mulligan aggressively, you should almost always be able to have a disruption permanent in play by turn two against The EPIC Storm.

I think [[Stoneforge Mystic]] is a strong card when playing GW Maverick, and even playable in other variants if Death & Taxes is popular enough. In this metagame with GWB Maverick, however, I would not play [[Stoneforge Mystic]] as in black we already have access to cards like [[Kaya, Orzhov Usurper]], [[Plague Engineer]], and [[Abrupt Decay]] that all serve as late game value engine/removal for annoying permanents that [[Stoneforge Mystic]] would be used for. Whereas [[Stoneforge Mystic]] would grab [[Umezawa’s Jitte]] or [[Sword of Fire and Ice]] for repeatable removal/getting through tough blockers, in black, we can just kill the blockers with [[Plague Engineer]], [[Kaya, Orzhov Usurper]], or [[Abrupt Decay]]. This is much more tempo efficient and prevents us from getting blown out by removal in response to equip costs.

As mentioned earlier, I am not very concerned with [[Empty the Warrens]] when I play Maverick vs The EPIC Storm, as between the three copies of [[Plague Engineer]] in the 75 and the multiple copies of [[Once Upon a Time]], I have little trouble finding [[Plague Engineer]] in the matchup. 10-plus [[Goblin Token]]s on turn one is still something that can just win against Maverick (or any deck), however, so if that’s what you’re dealt as the The EPIC Storm player. You just have to go for it and hope as Maverick players are unlikely to be mulliganing to [[Plague Engineer]].

Some of the newer Maverick decks have moved their copies of [[Plague Engineer]] from their sideboard to the main deck, what has changed in the meta for this?

As far as I know, most Maverick players that have been splashing black have been playing [[Plague Engineer]] main for the past few months, and the reason is that [[Plague Engineer]] is an absolutely insane card. It is very strong in most matchups and has a high floor in the others. I think that [[Plague Engineer]] is definitely more of a main deck card because the card is never dead. The absolute floor is a three drop 2/2 deathtouch, the ceiling is it single-handedly winning the game vs. Elves or Goblins, and it can even clear multiple [[Ice-Fang Coatl]]s against snow decks.

[[Plague Engineer]] occupies the same slots as [[Stoneforge Mystic]] in a traditional list, and it simply accomplishes more for less mana (overall), as well as being way more consistent, so I don’t see it leaving the main deck unless tribal decks disappear.

Not at all, unless the The EPIC Storm player happens to be holding onto it when I cast an [[Abrupt Decay]] or a [[Thoughtseize]] post board. I don’t think these two cards pop up often enough for [[Veil of Summer]] to have any real impact over several games.

What other disruption pieces do you look at utilizing in this matchup? Are cards like [[Gaddock Teeg]], [[Abrupt Decay]], or even [[Veil of Summer]] in your list?

I used to play [[Gaddock Teeg]], and can easily swap it back into my list if miracles decks come back/storm becomes more popular. [[Thoughtseize]] is a card that I haven’t been using for very long, but it is very strong for slowing the The EPIC Storm player down until we get to land a disruptive permanent. I don’t think anyone should play [[Veil of Summer]] in Maverick.

This is pretty standard boarding here. We get rid of most of our spot removal as well as slow value engine threats and bring in 10 cards that slow down the The EPIC Storm gameplan.

How do you value cards such as [[Surgical Extraction]], [[Grafdigger’s Cage]], or [[Leyline of the Void]] against The EPIC Storm?

[[Surgical Extraction]] seems extremely bad against The EPIC Storm (you won’t have priority to extract the [[Echo of Eons]]). [[Grafdigger’s Cage]] is a little less bad, and [[Leyline of the Void]], while not optimal, is turn-zero hate that at the least prevents [[Echo of Eons]] lines.

For The EPIC Storm players: I honestly don’t know. I was initially going to say keeping [[Veil of Summer]] in post-board games, but The EPIC Storm doesn’t really run anything better to bring in against Maverick, so I’ve got nothing!

For Maverick players, you’ll often be faced with a decision early on in the game of whether you should develop your mana to make a bigger play the next turn or if you make a less powerful play immediately, slowing down board development. In general against decks like The EPIC Storm, you want to interact with your opponent as quickly as possible. For example, they play turn-one non-basic land and we have [[Wasteland]], you should probably just wasteland your opponent instead of playing a dork setting up for a sweet [[Thalia, Guardian of Thraben]] + [[Wasteland]] on turn two. As cool as that turn two would be, it is likely we would never get to that turn two, so we need to interact as soon as possible to allow us to make it to turn two.

Essentially if the choice is between furthering our own game plan or slowing theirs, you should always pick slowing theirs when playing against fast combo decks like The EPIC Storm.

How do you think The EPIC Storm matchup compares to other [[Dark Ritual]] combo decks such as [[Ad Nauseam]] Tendrils or [[Doomsday]]?

The EPIC Storm is the fastest of the three, [[Doomsday]] is the most resilient, and ANT is hardly played right now because it gets hit much harder by [[Veil of Summer]] than the other two. The EPIC Storm seems like the best option when expecting lots of fair blue strategies, [[Doomsday]] the best when expecting non blue strategies (as it is pretty much impossible to interact without countermagic or discard), and ANT is an option, but I don’t think it is in the greatest spot now at least.

For Maverick players: Mulligan aggressively post-board and interact on turn two. Whether that’s through [[Leyline of the Void]], [[Chalice of the Void]], [[Deafening Silence]] or [[Thoughtseize]], we need to keep hands that interact early so that we can develop our mana after and land a more powerful disruption piece like [[Thalia, Guardian of Thraben]] or [[Collector Ouphe]]

I stream on Twitch (every Sunday Legacy challenge at least) at twitch.tv/achillies27. I have a sideboard guide available to Twitch subs as well! If you are looking for more Maverick information, check it out or check out www.greensunszenith.com for all of the latest builds of Maverick. There is also a Maverick discord which you should check out if you are looking for other people’s opinions on card choices in Maverick or matchups or anything else! The link for that one is Discord!

Thanks for having me!

Huge thank you to Connery Knox for joining Through the Looking Glass and providing some outstanding insights on the Maverick matchup with The EPIC Storm.