Through the Looking Glass: Titanic Dryad with Kellen Pastore 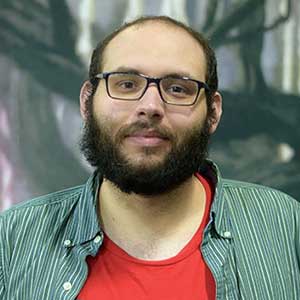 A few words on Kellen Pastore

Kellen Pastore is a former Platinum Pro. He is known for his love of Aggro decks in all formats. Historically, he has played Death & Taxes, until Legacy got too strong for the deck. He Top 8’d two Legacy Super Qualifiers this year piloting Titanic Dryad and Uro Lands.

How do you feel about Titanic Dryad in the current metagame? What are your thoughts about the matchup with The EPIC Storm?

Titanic Dryad is a deck that preys on fair metagames. Decks like Snowko, Miracles, and most fair blue decks are what you want to face. Delver is worse, but with [[Uro, Titan of Nature’s Wrath]] and [[Abrupt Decay]], you still do fairly well. Right now, there seems to be enough fair decks to make the deck a viable option. Conversely, if the metagame is full of combo decks like The EPIC Storm and OmniTell, Titanic Dryad lacks the interactive options and critical mass of hate permanents needed to be consistently successful. In general, Titanic Dryad has a fairly bad matchup against The EPIC Storm, worse than other combo decks like Reanimator or Omnitell.

With the effective banning of different Companion Decks, Snowko decks have seen a large increase in play and success. How does this affect the Titanic Dryad deck?

Snowko is the deck you plan on preying on, assuming that they aren’t packing a critical mass of [[From the Ashes]]. Without answers to [[Field of the Dead]], and considering that the plus-1 from [[Oko, Thief of Crowns]] doesn’t answer [[Dryad of the Ilysian Grove]] and [[Valakut, the Molten Pinnacle]], it is pretty easy for the Titanic Dryad deck to overcome Snowko with the inevitability of the zombies and damage in bursts of three. Since the deck plays [[Karakas]], [[Bojuka Bog]], and [[Scavenging Ooze]], it is difficult for [[Uro, Titan of Nature’s Wrath]] to take over on the opposing side. You can keep up with the card draw if you aren’t being hit for six repeatedly. [[From the Ashes]] removes the inevitability from Titanic Dryad, and two or more copies of the card almost single-handedly changes the matchup from trivially easy, to one which you are unfavored in.

What sort of interaction do Titanic Dryad decks have before sideboarding? What should The EPIC Storm be on the lookout for?

Titanic Dryad runs little in the way of interaction. For spells on the stack, there is [[Chalice of the Void]]. For lands, there is [[Wasteland]] alongside [[Ramunap Excavator]] for recursion. Permanent wise there is [[Abrupt Decay]], and in other matchups, [[Valakut, the Molten Pinnacle]] and [[Dryad of the Ilysian Grove]] can act as a good answer to creatures. Finally, [[Bojuka Bog]] and occasionally [[Scavenging Ooze]] are the graveyard hate. Titanic Dryad is flexible, so some opponents may be running cards outside of these in their mainboard especially [[Green Sun’s Zenith]] targets like [[Collector Ouphe]], [[Leovold, Emissary of Trest]], or [[Reclamation Sage]] if they feel the meta calls for it.

For The EPIC Storm, [[Chalice of the Void]] is the main interactive piece to be on the lookout for. [[Abrupt Decay]] is easy to play around, and the graveyard hate in Titanic Dryad isn’t good at stopping what the deck is doing with the yard. I would recommend keeping hands that don’t fold to [[Chalice of the Void]], and you should be good.

How likely are you to keep a hand with your combo, but without disruption and protection? Should we expect our opponent to have mulliganed for a [[Wasteland]] or [[Chalice of the Void]]?

I keep [[Ancient Tomb]] and basically any action hands, or [[Green Sun’s Zenith]] into good action hands. While turn-one [[Chalice of the Void]] is something that I want to have, I am not mulliganing for it on the blind. [[Wasteland]] is also used differently in Titanic Dryad than a deck like [[Delver of Secrets]]. Titanic Dryad players can usually use their mana more effectively than their opponents, and as such, [[Wasteland]] is a more reactive tool, than a proactive one. You aren’t trying to lock your opponents out, but [[Wasteland]] with access to [[Ramunap Excavator]] is simply too good not to play.

[[Empty the Warrens]] is okay. Titanic Dryad will have blockers in play, can gain life with [[Uro, Titan of Nature’s Wrath]] and [[Primeval Titan]] with [[Field of the Dead]], and [[Valakut, the Molten Pinnacle]] means that it is tough for the [[Goblin Token]]s to beat one. If they come down turn one or two, however, Titanic Dryad doesn’t have the tools to beat them usually. [[Plague Engineer]] is a meta call that your opponent might have, but usually, they have to kill them the old-fashioned way by blocking. I generally don’t worry about it though, because if they can start comboing off, I am usually just dead to [[Tendrils of Agony]].

Some of the newer Titanic Dryad decks have moved their [[Chalice of the Void]]s from their sideboard to the main deck. What has changed in the meta for this?

If people aren’t playing Delver decks, [[Chalice of the Void]] isn’t great. Other people might have their reasons, but it is that simple for me.

What other disruption pieces do you look at utilizing in this matchup? Are cards like [[Collector Ouphe]], [[Abrupt Decay]], or even [[Veil of Summer]] in your list?

[[Collector Ouphe]] with [[Green Sun’s Zenith]] is strong enough that I will almost always include it. [[Abrupt Decay]] is a card that depends on the meta a bit, but since it is strongest against fair decks, and Titanic Dryad is meant to beat fair decks, it usually is in the main. I usually don’t play [[Veil of Summer]] because of the non-combo between it and [[Chalice of the Void]]. It is a strong card, but I don’t want cards that cost one in my [[Chalice of the Void]] deck unless necessary. In straight BG lists, for instance, [[Fatal Push]] is necessary to answer [[Delver of Secrets]] threats without [[Uro, Titan of Nature’s Wrath]] to stabilize you.

How aggressively do you mulligan for a hand that contains permanent based disruption?

In game one, [[Chalice of the Void]] is nice, but not necessary. Post board against Storm, there are three configurations I will run. The first is the simplest, I just punt the matchup. The matchup is bad even in a side-boarded game, so if other combo decks are more prevalent, this is a strong option. The second is permanent-based hate, and the third is [[Mindbreak Trap]] or [[Flusterstorm]]. Choosing between these comes down to how effective the permanents are against other combo, and if Storm decks are running discard. If Storm decks are running discard only, then permanent-based interaction is effective. If they aren’t, then [[Mindbreak Trap]] and [[Flusterstorm]] can be very strong.

Either way, I mulligan to five for hate, and then keep strong hands after that.

I take out [[Abrupt Decay]]s, [[Uro, Titan of Nature’s Wrath]]s if I am running them, [[Ramunap Excavator]], and bring in disruption. This always includes [[Collector Ouphe]], sometimes can be [[Trinisphere]], [[Thorn of Amethyst]], [[Leovold, Emissary of Trest]], [[Mindbreak Trap]], or [[Flusterstorm]]. I’ve even tried out [[Nether Void]], but it was a bit slow.

How do you value cards such as [[Leyline of the Void]] or [[Collector Ouphe]] against The EPIC Storm?

[[Collector Ouphe]] is strong, and I consider it a real hate piece. It makes [[Green Sun’s Zenith]] a weak disruption tool. [[Leyline of the Void]] is a good tool for Titanic Dryad, but it isn’t good against Storm decks of all varieties. After game one, Storm players are usually prepared to combo free of the graveyard, so I prefer to be proactive rather than spend slots on [[Leyline of the Void]].

SThe main mistake I made was thinking [[Mindbreak Trap]] is effective. Like I mentioned before, they have to be free of discard for it to be playable. In terms of mulligans, you need hate. Titanic Dryad is a turn-four deck with a good draw, and that is usually too slow on the play or draw. Mulligan aggressively for interaction.

How do you think The EPIC Storm matchup compares to other [[Dark Ritual]] combo decks such as Ad Nauseam Tendrils or [[Doomsday]]?

I find myself losing equally to all of them. There are some small differences, but if they are common matchups you shouldn’t be playing Titanic Dryad.

The [[Veil of Summer]] to beat [[Chalice of the Void]] is the only thing that comes to mind. Since Titanic Dryad is a tap-out deck, there isn’t much play to the combo matchups.

I am on Twitter at @THEODDENGINEER, and if Wizard’s is reading this, Legacy Supers would be just swell.